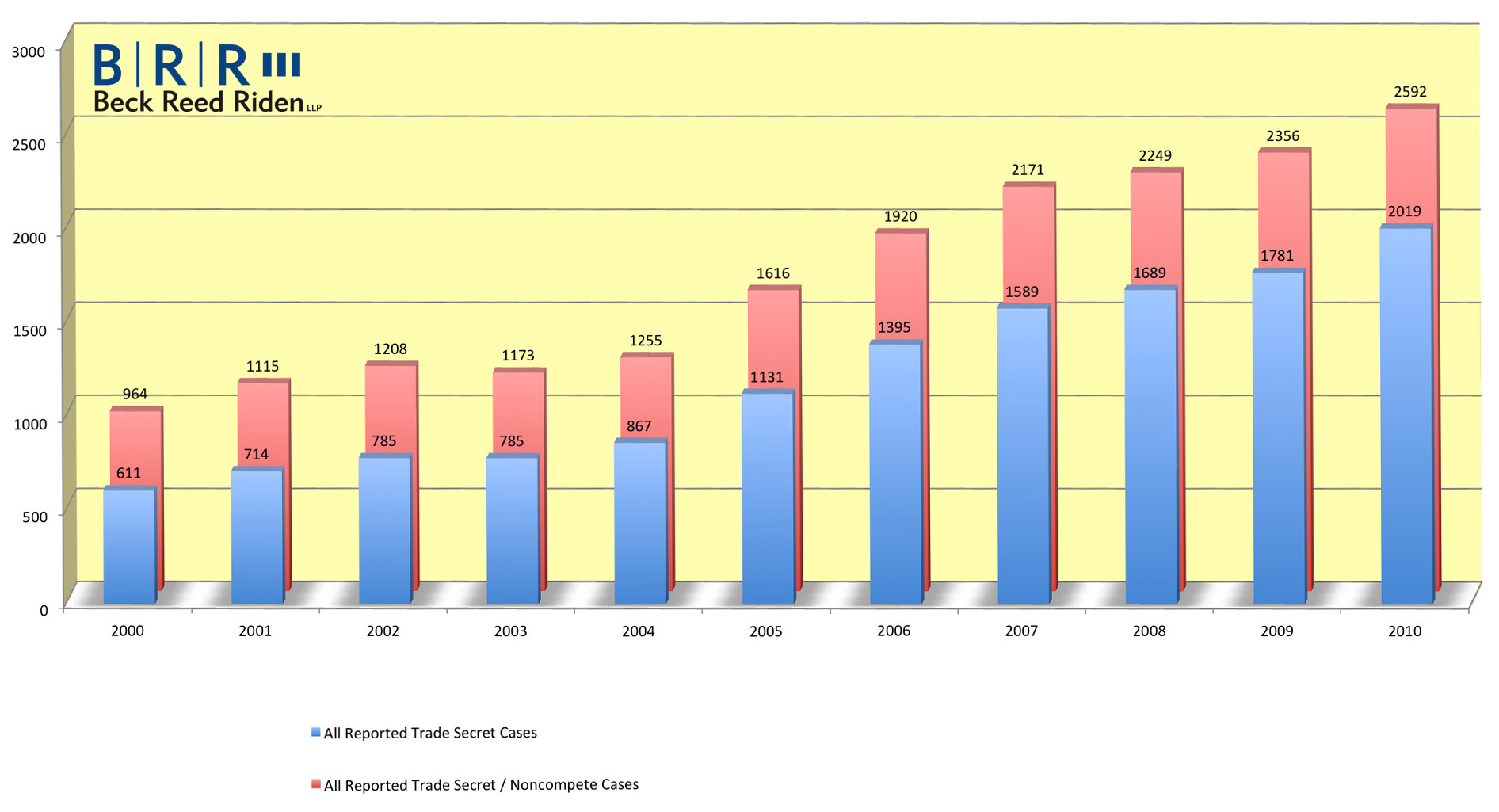 About a year a a half ago, I was curious to see how many actual reported trade secret / noncompete decisions were issued each year. So, I did a “back of the envelope” calculation. The results are here (with more information here) and they show an upward trend in the number of cases involving trade secrets and/or noncompetes.

I tried again today (in preparation for my portion of a seminar I am chairing on intellectual property later this week). Other than noticing a slight drop in all of the numbers across the board (probably due to the way I ran the searches), I saw that the trend continued.

(You can click on the image of the chart above for a closer look at the numbers.)