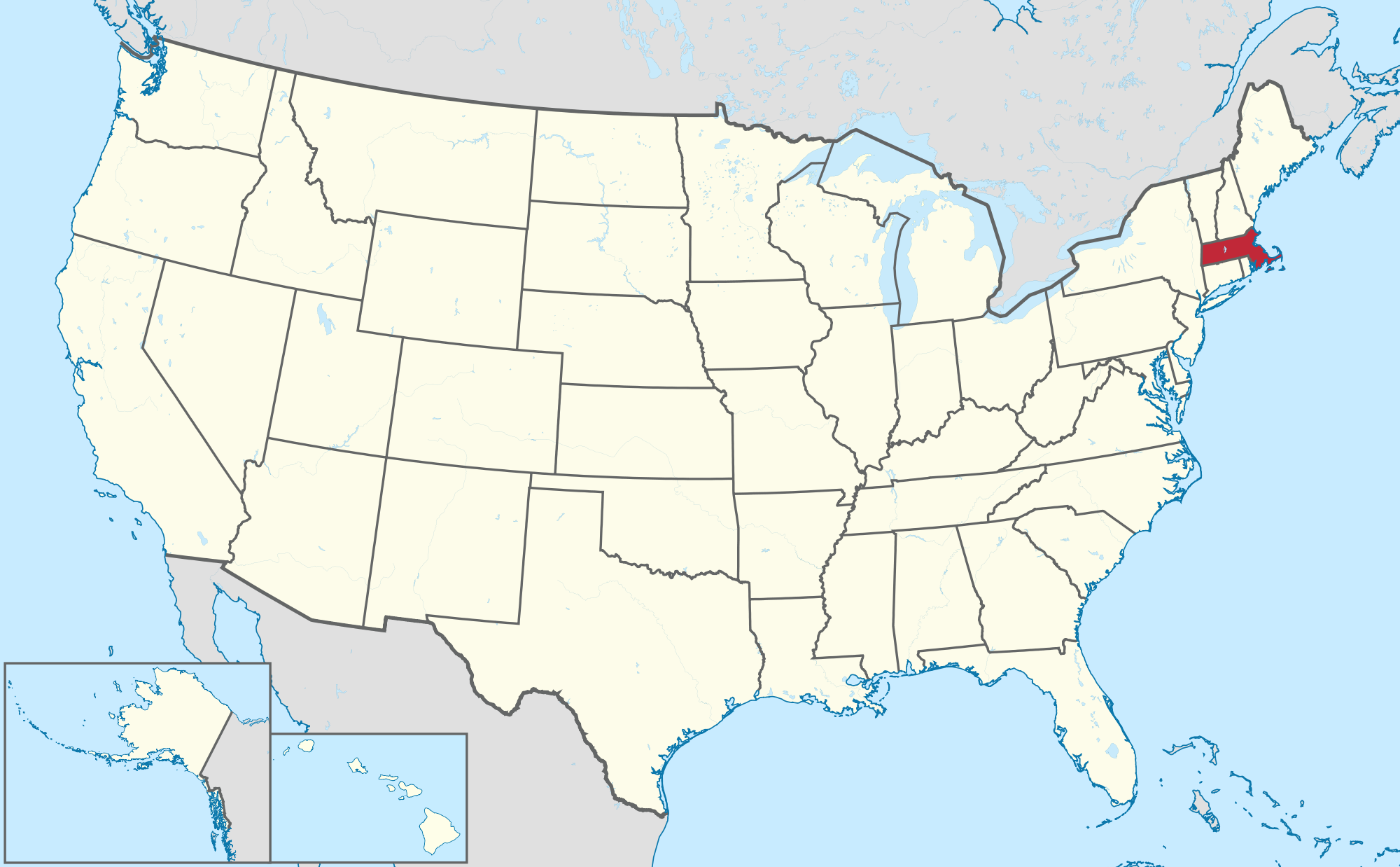 For those looking for a basic primer on Massachusetts noncompete law, I thought I’d provide the following from my book, Negotiating, Drafting, and Enforcing Noncompetition Agreements and Related Restrictive Covenants (5th ed., MCLE, Inc. 2015). (What is reproduced is heavily edited for brevity.)

Note that Massachusetts noncompete law is very similar to noncompete laws around the country. For a summary of all state’s laws, see my 50 State Noncompete Chart.

In its most basic form, a noncompetition agreement is a contract that prohibits one of the contracting parties (typically, although not always, an employee) from engaging in activities that are competitive with the other contracting party. Recognized in Massachusetts for almost 200 years, noncompetition agreements (“noncompetes”) have made their way into virtually every industry. The same is true for the related restrictive covenants that are also available to protect company trade secrets, confidential information, and goodwill.

“A ‘[r]estrictive covenant’ is a clause in a contract . . . which ‘limit[s] a contracting party after termination of the contract in performing similar work for a period of time and within a certain geographical area.’” Falmouth Ob-Gyn Assocs., Inc. v. Abisla, 417 Mass. 176, 180 (1994) (quoting Black’s Law Dictionary 1315 (6th ed. 1990)). Generally included under the “noncompete” rubric, restrictive covenants include not only true noncompetition agreements, but also agreements not to solicit customers, not to hire employees, and not to disclose information. Oxford Global Res., Inc. v. Consolo, 2002 WL 32130445, at *4 (Mass. Super. Ct. May 6, 2002) (Botsford, J.).

Restrictive covenants will be enforced when a court determines that it is reasonable and appropriate to do so. The court’s determination requires a fact-intensive analysis based on an extremely abbreviated factual record prepared by the parties at the beginning of the case, typically very quickly, with no (or limited) discovery. Accordingly, successful enforcement of such agreements takes proper drafting of the agreements, advance planning, a thorough understanding of the governing law, and myriad strategic decisions. Similarly, successful defense of such agreements requires an in-depth understanding of their potential weaknesses and how to exploit them.

It should be noted at the outset that while the general legal framework is established by the Supreme Judicial Court and the Appeals Court, most of the cases are fully resolved by the Superior Court at the preliminary injunction stage.

Noncompetition agreements are enforceable in Massachusetts. However, they are only enforceable if, and to the extent that, they are

The Supreme Judicial Court stated the standard most recently as follows: “A covenant not to compete is enforceable only if it is necessary to protect a legitimate business interest, reasonably limited in time and space, and consonant with the public interest.” Boulanger v. Dunkin’ Donuts Inc., 442 Mass. at 639. Although not stated in Boulanger and infrequently directly focused on, a noncompetition agreement must also be limited in the scope of proscribed activities.  See, e.g., Forti v. Grand Circle Travel, C.A. No. 07-3622-BLS1 (Mass. Super. Ct. Jan. 11, 2008) (Gants, J.) (“Courts will enforce [noncompetition agreements] only when they have a legitimate business purpose and are reasonable in time, space, and scope, based on all the circumstances.” (emphasis added)); Ounce Labs, Inc. v. Harwood, C.A. No. 08-2377BLS1 (Mass. Super. Ct. June 18, 2006) (Gants, J.) (noncompetition agreement was “quite limited in its scope” insofar as it precluded employment by only two companies); Getman v. USI Holdings Corp., C.A. No. 05-3286-BLS2 (Mass. Super. Ct. Sept. 1, 2005) (Gants, J.) (the agreement must not be unreasonable “in its time, space, or scope”).

The reasonableness of a noncompetition agreement is the touchstone of the enforceability analysis. Boulanger v. Dunkin’ Donuts Inc., 442 Mass. 635, 639 (2004) (“Covenants not to compete are valid if they are reasonable in light of the facts in each case.”); Cheney v. Automatic Sprinkler Corp. of Am., 377 Mass. 141, 147 (1979) (“We have not automatically held a former employee to the terms of his covenant not to compete. A test of reasonableness, based on the circumstances of the parties and the public interest, has been traditional in our cases involving covenants not to compete.”).

The test for reasonableness is context specific, meaning that the context in which a noncompete arises will affect the nature of the court’s inquiry into the reasonableness of the agreement. For example, courts will analyze a noncompetition agreement arising from an employment relationship more vigorously than they analyze agreements arising from other relationships. An unreasonable restrictive covenant will, if feasible, be narrowed (“reformed”) to make it reasonable. As the Supreme Judicial Court explained, “If the covenant is too broad in time, in space or in any other respect, it will be enforced only to the extent that it is reasonable and to the extent that it is severable for the purposes of enforcement.” All Stainless, Inc. v. Colby, 364 Mass. 773, 778 (1974).

The duration, like all other aspects of a restrictive covenant, must be reasonable. What is reasonable depends on many factors, including, among other things, the context in which the agreement arises, the interests sought to be protected, and the nature of the industry. Significantly, even if a time limitation is not expressly stated, a court may allow enforcement “for a ‘reasonable time.’” Catania v. Hallisey, 352 Mass. 327, 331 (1967) (quoting Childs v. Sherman, 351 Mass. 450, 456 (1966)). But see Steelcraft, Inc. v. Mobi Med., LLC, C.A. No. 08-1934, at *3 (Mass. Super. Ct. Nov. 10, 2008) (Tucker, J.) (absence of agreed-upon duration renders agreement unreasonable). Accordingly, “[t]he phrase ‘maximum period allowed by law’ used in the context of noncompetition agreements has no relevance under Massachusetts law, which evaluates the length of these agreements for reasonableness on a case-by-case basis.” Felix A. Marino Co. v. Anderson, 76 Mass. App. Ct. 1127 (2010) (unpublished decision; text available at 2010 WL 1655824, at *1 n.4).

An unreasonable restrictive covenant will, if feasible, be narrowed (“reformed”) to make it reasonable. As the Supreme Judicial Court explained, “If the covenant is too broad in time, in space or in any other respect, it will be enforced only to the extent that it is reasonable and to the extent that it is severable for the purposes of enforcement.” All Stainless, Inc. v. Colby, 364 Mass. 773, 778 (1974). The purpose of permitting such reformation is to achieve, as closely as possible, the intent of the parties. See Edgecomb v. Edmonston, 257 Mass. 12, 20–21 (1926). The reformation approach seeks to balance giving effect to the parties’ intentions to the extent reasonably permissible against wholesale rewriting of the agreed-upon restrictions based solely on the court’s judgment. The approach differs from the so-called blue pencil approach, in which a court simply deletes the offending language (literally crossing it out, with no new language written in) and, if—but only if—the agreement still makes sense with such language omitted, enforces the balance of the contract as written. See Edgecomb v. Edmonston, 257 Mass. at 20 (explaining blue pencil doctrine); Compass Bank v. Hartley, 430 F. Supp. 2d 973, 979 (D. Ariz. 2006) (blue penciling allows elimination of “grammatically severable, unreasonable provisions”); Hamrick v. Kelly, 392 S.E.2d 518, 519 (Ga. 1990) (“The ‘blue pencil’ marks, but it does not write.”). The approach also differs from the “red-pencil” approach taken in some states where a noncompetition agreement that purports to be more restrictive than the court deems necessary will be deemed unenforceable in its entirety, regardless of whether the agreement is capable of being narrowed. See, e.g., Harville v. Gunter, 495 S.E.2d 862, 864 (Ga. Ct. App. 1998) (agreement must be enforceable as written).

Even when a noncompetition agreement is limited in duration, geographic reach, and scope, it will be enforced “only to the extent . . . necessary to protect the legitimate business interests of the employer.” EMC Corp. v. Gresham, C.A. No. 01-2084-BLS (Mass. Super. Ct. Nov. 14, 2001) (van Gestel, J.). In Massachusetts, the recognized legitimate business interests are generally identified as the protection of trade secrets, confidential information, and goodwill. E.g., Boulanger v. Dunkin’ Donuts Inc., 442 Mass. 635, 641 (2004).

While there are myriad potential public policy implications, the most basic one implicated by enforcing such agreements (and the one that causes such agreements to receive the level of scrutiny they do) is that “public policy favors an employee’s right to move from job to job unencumbered by restrictions that are not narrowly tailored to protect an employer’s legitimate interests.” Edwards v. Athena Capital Advisors, Inc., 2007 Mass. Super. LEXIS 378, at *6 (Mass. Super. Ct. Aug. 7, 2007) (Macdonald, J.) (citing Club Aluminum Co. v. Young, 263 Mass. 223, 225 (1928)).

Certain broad-based exceptions to the enforceability of noncompetition agreements have developed over time. Some have arisen by statute (physicians, nurses, psychiatrists, social workers, and members of the broadcast industry), while others have been the result of specialized industry rules (lawyers and certain members of the financial services industry).