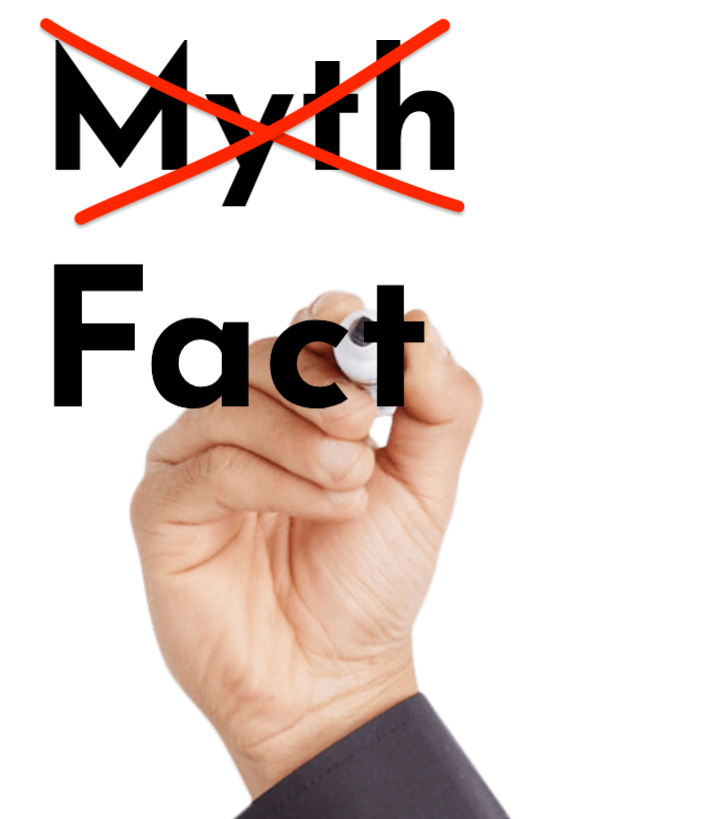 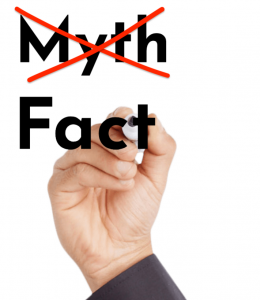 Misconceptions about noncompetes abound. And, as noncompete agreements are increasingly in the cross-hairs of the media and legislators, it has become increasingly clear that some of the most vocal detractors are (as Sam Harris would say) aggressively misinformed.

More troubling, the mistaken beliefs are often on foundational points, and they are repeated so often that they are accepted as true by others. But saying something — no matter how often or emphatically — doesn’t make it so. Both the illusory truth effect and confirmation bias need to be affirmatively avoided.

Given the significance of the issue, I thought I would take a moment for a PSA to debunk a few of the more common myths. (Many of these myths were debunked in a letter that I and nearly 60 other lawyers and paralegals sent to the White House and the FTC in response to President Biden’s July 9, “Executive Order on Promoting Competition in the American Economy.”)

The 15 misconceptions that I hear most frequently are a follows:

Though a number of states (and the federal government) have recently considered or are in the process of considering a ban on all noncompetes, not a single state has done so. In 2015, Hawaii instead banned noncompetes just for employees in a “technology business” and, earlier this year, Washington, D.C. passed a law that will ban most (but not all) noncompetes. (The D.C. law has some odd exceptions, is already subject to a pending amendment, and is not scheduled to go into effect until April 2022.)

Other than that, noncompetes are legal in every state — even Montana and Massachusetts (see Myth #8, below).

It is certainly true that not all noncompetes will be enforced. However, if they are entered into and drafted in accordance with the law — i.e., they satisfy the legal requirements and are reasonable in time, territory, and scope of the activities that they restrict in relation to the interests to be protected — and they do not impose an undue hardship on the employee, they are typically enforced.

For a very quick primer, see Is It Legal?: Are non-compete clauses legal?

Noncompete agreements cannot (lawfully) be used simply to prevent someone from working in their chosen field or from using their general skills and knowledge. Rather, noncompetes restrict only competition that puts at risk the protectable information or other recognized business interests of a former employer, and need to be reasonable in time, territory, and scope of the activities that they restrict in relation to the interests to be protected. See Cleaning up overly broad noncompetes: the “Janitor Rule”.

Myth #4: Noncompetes are being used and enforced with increasing frequency.

We are unaware of any longitudinal studies or other empirical evidence suggesting an increase in the use or enforcement of noncompetes over time, whether generally or specifically for low-wage or blue-collar workers. In contrast, over the past decade and a half, the number of reported court decisions (i.e., published rulings by judges and collected in Westlaw’s database) involving noncompetes has largely remained static despite the (pre-pandemic) growing workforce and somewhat increased number of job changes per capita. Under the circumstances, this apparent leveling off of the number of court decisions may in fact suggest that fewer noncompetes are being used, fewer noncompetes are being enforced, or both.

Even without those possible inferences, however, the most we can conclude from empirical research (assuming the data is correct) is that “roughly 18 percent of the U.S. workforce [was] bound by a non-compete [in 2014]. Among low-skill workers . . . without a college degree, it [was] about 15 percent.” But, we do not know if that usage changed over time. In contrast, we do know that the use of noncompetes dates back at least to medieval times, when master craftsmen tried to restrain their apprentices from using the skills the masters taught them, and that a century ago, noncompetes were already being used for low-wage and blue-collar workers. See, e.g., J. & J.G. Wallach Laundry System v. Fortcher, 191 N.Y.S. 409, 116 Misc. 712 (Supr. Ct. N.Y. 1921) (noncompete enforced against laundry delivery driver); Eureka Laundry Co. v. Long, 146 Wis. 205, 131 N.W. 412 ( Wisc. 1911) (noncompete enforced against laundry delivery driver); Simms v. Patterson, 55 Fla. 707, 46 So. 91 (Sup. Ct. Fla. 1908) (noncompete used for a “salesman and shipping clerk”).

Studies show that noncompetes can increase wages for certain employees (executives and physicians, for example) and, more importantly, that when advance notice is provided, people subject to noncompetes tend to have higher wages than people not similarly bound. Accordingly, while some studies suggest that noncompetes may depress wages (to some extent) for some people (primarily low-wage and blue-collar workers), the opposite appears to be true for other people.

Relatedly, people sometimes suggest that noncompetes hinder wage growth. However, slow wage growth has been a persistent problem for at least the last 50 years – not just since the Great Recession or the concomitant supposed increase in the use and abuse of noncompetes. Moreover, recent pre-pandemic reports (here and here, for example) indicate that the pace of wage increases had in fact picked up.

Outside of the context of professional athletes and certain media professionals, noncompetes are rarely if ever a part of a union contract. Rather, union members are sometimes bound by restrictions on their competitive activities during their employment.

Myth #8: Noncompetes have been banned in Massachusetts.

Myth #9: Noncompetes in Massachusetts must be supported by garden leave.

Although the Massachusetts Noncompetition Agreement Act (MNAA), G.L. c. 149, § 24L, permits the use of a “garden leave clause,” i.e., payment of a portion of the employee’s salary during the term of the restriction, it does not require garden leave. Parties are permitted to instead support a noncompete with “other mutually-agreed upon consideration.” Further, nothing in the MNAA requires that “other mutually-agreed upon consideration” be in any particular amount or be paid at any particular time. See G.L. c. 149, § 24L(b)(vii); see also Consideration Happens, But Not During Garden Leave (a free version is available here).

Noncompetes are not an inherently employer-versus-employee issue. To the extent that noncompetes protect a company, they also protect the company’s remaining employees. In fact, it is often the employees that remain with the company who feel most strongly that they are adversely impacted by a departing employee’s breach of their noncompete, and it is they who push to enforce the noncompete – to protect not just the company, but their income and potentially their job.

Myth #11: Noncompetes are bad for the economy.

Noncompetes have been shown to help the economy in various ways. For example, a 2018 study “show[ed] unambiguously that increased enforceability of NCCs [i.e., noncompetes] leads to better fund performance. . . . Our empirical results show that fund managers increase effort even more in large fund families after NCC enforceability becomes stricter.” Similarly, as Professor Kurt Lavetti of The Ohio State University observed in comments to the FTC, “relaxing the enforceability of non-competes [meaning making noncompetes less enforceable] actually makes firms less willing to fire their workers and leads to higher rates of misconduct among financial advisors. So this could actually be potentially harmful for consumers. Consumers are also charged higher fees.”

Further, as noted above, noncompetes — when used properly — can have beneficial effects on wages, information sharing, employee training, and job satisfaction, all of which have obvious positive implications for the economy.

Myth #12: Noncompetes are not necessary because trade secret law and nondisclosure agreements are available.

Noncompetes serve as a prophylactic to prevent the circumstances in which trade secrets are most likely to be put at risk — i.e., when employees move to a competitor — thereby preventing the use or disclosure before it happens. While trade secret law and nondisclosure agreements prohibit the use or disclosure of confidential information, they work only for employees who comply with the restrictions. Unfortunately, studies show that the majority of employees don’t. Further, in some instances, use or disclosure is inadvertent, simply as a consequence of the nature of the job. Accordingly, noncompetition agreements – when used appropriately – can be a critical tool to prevent the harm caused by this type of information exfiltration, as well as the correlative inbound contamination of a new employer’s existing information and work product.

It bears noting that a related issue exists with regard to the protection of customer relationships. People often think that nonsolicitation agreements, which, for a period, prohibit a former employee from soliciting certain customers, are a sufficient alternative to a noncompete. However, nonsolicitation agreements suffer from a limitation similar to trade secret law and nondisclosure agreements: if the employee complies, they can be effective, but oftentimes employees don’t comply. And, sometimes, regardless of the employee’s conduct, customers will seek out the employee even though the customer would otherwise remain with the employer if the employee was not competing.

Myth #13: Noncompetes are not enforceable when the employee is fired.

Most states do not automatically prohibit the enforcement of a noncompete against someone who was terminated without cause (putting aside someone who was terminated for cause). However, courts will still assess whether the restriction is in fact warranted given the nature of the termination, and, even if so, will often consider the employee’s circumstances in deciding whether the hardship on the employee should take priority over the need for enforcement.

Myth #14: Noncompetes are bad for startups.

While a recent USA Today article makes this very assertion, citing a 2019 Forbes article, The Best And Worst States For Entrepreneurs In 2020, the cited article actually undermines the point. The cited article reveals that California is not the top state for startups (it’s only number five), and neither North Dakota nor Oklahoma (the only other states to ban employee noncompetes) even made the list. The remaining states on the list, above (and below) California, enforce noncompetes — and the number two state for startups (Florida), enforces them aggressively.

This makes sense insofar as startups frequently need to protect their information and customer base through the most cost-effective means available: a noncompete.

It bears noting that, at least according to one study, states that permit stronger enforcement of noncompete agreements tend to have fewer – but better (higher-quality ideas and more likely to survive) – startups, which is presumably preferable to more, lower-quality startups.

The notion that the rise of Silicon Valley and the (somewhat exaggerated) fall of Massachusetts’ Route 128 is a reflection of the different noncompete enforcement regimes has taken on an almost mythical quality that is not supported by the evidence. I have debunked this before (here), and note only that the conclusion mistakenly substitutes correlation for causation.

One final note. Occasionally the discussion of noncompete facts and policy devolves to statements such as this: “Lawyers who specialize in employment issues are closely following the efforts to constrain them. In addition to affecting their clients, any changes may affect their livelihood since conflicts over noncompete agreements have been a lucrative source of work.” There’s an old, trial lawyer aphorism, “When the facts are on your side, pound the facts. When the law is on your side, pound the law. When neither is on you side, pound the table.” A corollary is that “it’s a sign of victory when they move on to the ad hominem.” While the ad hominem nature of the above statement belies the author’s bias, the underlying contention is simply incorrect. While noncompete lawsuits would presumably go away, they would quickly be supplanted with more costly, more invasive, and less outcome-predictable litigation over trade secrets and other types of restrictions (fiduciary duties and nonsolicitation agreements, for example), which would actually be a more lucrative source of work for those lawyers. California is a prime example of this very consequence.