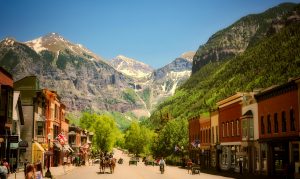 Are newly updated criminal penalties for a violation of noncompete law enough?

Apparently not — or maybe they’re too much.

Colorado wants more — though it also appears to have scaled back (or at least cleared up ambiguity around) the potential criminal liability.

Before turning to the update, for those keeping count, there have been a total of 98 noncompete bills in 29 states1 this year, plus six pending federal noncompete bills2 and two bills to rein in D.C’s new law before it becomes effective (which is anticipated to be in October 2022).

Of the 98 state bills this year, 5 involved proposed bans, 24 involved low-wage worker thresholds, 21 involved notice provisions, 30 involved the healthcare industry, nine were Covid-related, and 16 included fines for violations. However, 54 bills have already died and 5 (including Colorado’s) have passed.3

So, we are looking at 39 bills still pending in eight states — Illinois, Massachusetts, Michigan, New Hampshire, New Jersey, New York, Ohio, and Pennsylvania — plus one (substantive) bill in DC.

And, of course, the FTC is continuing to evaluate whether it can — and, if so, should — regulate noncompetes and other restrictive covenants. That said, the Supreme Court’s decision in West Virginia v. Environmental Protection Agency may have fundamentally changed the calculous.

Note that the summaries are (sort-of) color coded for the nature of the bill (ban, modification or establishment of standards, reversal of prior changes, and fines or criminal penalties)  and the groups for whom it creates exceptions or specific limitations (medical, low-wage workers, others).

Colorado had two bills. One died, and the other passed the legislature, has been signed by the governor, and will become effective on August 10, 2022. They are as follows:

This bill makes sweeping changes to existing Colorado law and has been signed into law, effective August 10, 2022.

By way of a summary, the new law, which applies only prospectively, adopts pre-existing caselaw, makes a few minor modifications to the language of the statute (e.g., changing “shall be” to “is”), focuses the application of Colorado’s misdemeanor law on conduct involving force, threats, and intimidation (i.e.,  conduct addressed in subsection 1.5, as opposed to the entirety of the noncompete statute), establishes compensation thresholds for the use of noncompetes and nonsolicitation agreements, establishes specific notice requirements, mandates jurisdiction in Colorado and Colorado choice of law depending on where the employee was located and/or worked at the end of employment, and imposes penalties (including $5,000 per violation) for violations of the act, subject to a good faith safe harbor.

More specifically, the new law (which applies only to agreements entered into on or after its effective date, i.e., August 10, 2022) does the following:

The new law adds legislative intent language to section 8-2-113(1) to make clear that it “preserve[s] existing and federal case law in effect prior to the effective date of this act that: (a) defines what counts as a covenant not to compete that is prohibited by this section; and (b) specifies the extent to which a covenant not to compete for the protection of trade secrets must be tailored in scope in order to be enforceable . . . .”

The new law also adds subsection 1.5, amending the previous subsection 1 as follows: “(a) It is unlawful to use force, threats, or other means of intimidation to prevent any person from engaging in any lawful occupation at any place  the person sees fit.”

NOTE: This is potentially a very significant change in that it seems to make clear that while “force, threats, and other forms of intimidation” are a misdemeanor, merely using a noncompete that turns out to be void is not a crime.

“(2)(a) Except as provided in subsections (2)(b) and (3) of this section, any covenant not to compete  that restricts the right of any person to receive compensation for performance of skilled or unskilled labor for any employer  is void.

NOTE: The threshold needs to be met both when the agreement is signed and at the time of enforcement.

(A) the amount of the gross salary or wage amount, the fee amount, or the other compensation amount for the full year, if the person was employed or engaged for a full year;

(b) the compensation that the person would have earned, based on the worker’s gross salary or wage amount, fee, or other compensation if the worker was not employed or engaged for a full year.

(a) as of the effective date of this section, as amended; or

(b) at the time the covenant not to compete is executed by the parties.”

NOTE: Rather than technically a ban on noncompetes for low-wage workers, Colorado has taken the approach of approving some noncompetes for highly-compensated workers — a distinction without a difference. For 2022, that amount is $101,250 (and possibly $2,163.45 weekly, though that weekly amount is likely not applicable†).

The threshold is in subsection (2)(d):

“(d) This subsection (2) does not apply to a covenant not to solicit customers governing a person who, at the time the covenant is entered into and at the time it is enforced, earns an amount of annualized cash compensation equivalent to or greater than sixty percent of the threshold amount for highly compensated workers if the nonsolicitation covenant is no broader than reasonably necessary to protect the employer’s legitimate interest in protecting trade secrets.”

(1) It shall be unlawful to use force, threats, or other means of intimidation to prevent any person from engaging in any lawful occupation at any place he sees fit.
(2) Any covenant not to compete which restricts the right of any person to receive compensation for performance of skilled or unskilled labor for any employer shall be void, but this subsection (2) shall not apply to:
(a) Any contract for the purchase and sale of a business or the assets of a business;
(b) Any contract for the protection of trade secrets;
(c) Any contractual provision providing for recovery of the expense of educating and training an employee who has served an employer for a period of less than two years;
(d) Executive and management personnel and officers and employees who constitute professional staff to executive and management personnel.
(3)(a) Any covenant not to compete provision of an employment, partnership, or corporate agreement between physicians that restricts the right of a physician to practice medicine, as defined in section 12-240-107, upon termination of the agreement, is void; except that all other provisions of the agreement enforceable at law, including provisions that require the payment of damages in an amount that is reasonably related to the injury suffered by reason of termination of the agreement, are enforceable. Provisions of a covenant not to compete that require the payment of damages upon termination of the agreement may include damages related to competition.
(b) Notwithstanding subsection (3)(a) of this section, after termination of an agreement described in subsection (3)(a) of this section, a physician may disclose his or her continuing practice of medicine and new professional contact information to any patient with a rare disorder, as defined in accordance with criteria developed by the National Organization for Rare Disorders, Inc., or a successor organization, to whom the physician was providing consultation or treatment before termination of the agreement. Neither the physician nor the physician’s employer, if any, is liable to any party to the prior agreement for damages alleged to have resulted from the disclosure or from the physician’s treatment of the patient after termination of the prior agreement.
(4) A person who violates this section commits a class 2 misdemeanor.

And remember, if you want to see a summary of the current noncompete law in any state (and D.C.), please refer to our 50-state noncompete chart, which is updated on a continual basis, as the laws change.

*A huge thank you to Erika Hahn for all of her extraordinary help in tracking and monitoring all of the bills!

[3] In addition to Colorado, Illinois, Iowa, and Kentucky have each passed noncompete updates this year. The new laws in each of those other three states restricts the use of noncompetes for nurses or healthcare employment agency workers. In addition, Kentucky also passed a law restricting the impact of professional employer organizations on noncompetes.