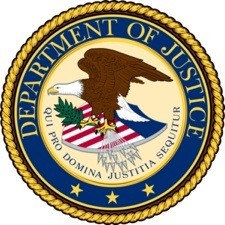 In October 2009, Computerworld published an article of mine entitled, “No-poach agreements: A new generation of restriction.” The article discussed a no-poach agreement used by several large high tech companies through which the companies (Adobe Systems, Inc., Apple Inc., Google Inc., Intel Corp., Intuit Inc. and Pixar) agreed not to solicit the other’s employees. Although this type of agreement can be used anywhere, it was apparently used by these companies as a way to circumvent the ban on noncompetes and other restrictive covenants in California.

Despite the location of companies that might enter such agreements, as I said in that article:

[T]he problem with no-poach agreements is potentially manifold. First, the agreements are likely to be held to the same standards as noncompete agreements. Specifically, a court is unlikely to enforce the agreement where it is not reasonable and necessary to protect both companies’ legitimate business interests. Second, particularly where the companies are dominant in their market, they could run afoul of antitrust laws (the laws that make it unlawful for some companies to engage in concerted anticompetitive activities). Accordingly, they must be carefully considered if there is a chance that the companies will be viewed as having violated these laws. Third, the agreement has the potential to be quite pernicious insofar as it may be entirely unknown to the employee. Accordingly, employees of both companies may be under restrictions of which they were unaware and to which they never agreed.

Well, the DOJ has now officially confirmed that the admonitions were well-founded. On September 24, 2010, the DOJ filed a lawsuit against the six companies, claiming that the agreement violated antitrust laws, and simultaneously proffered a settlement agreement for approval by the court.

According to the DOJ’s press release, “The proposed settlement, which . . . will be in effect for five years, . . . prohibits the companies from entering, maintaining or enforcing any agreement that in any way prevents any person from soliciting, cold calling, recruiting, or otherwise competing for employees. The companies will also implement compliance measures tailored to these practices.”

While the impact of the DOJ’s enforcement efforts beyond larger companies is questionable, all companies thinking of these types of agreements should take heed and give due consideration to the potential consequences.