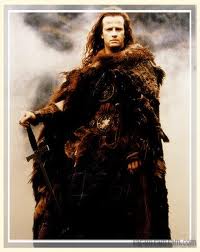 Pfizer reportedly sold $11.4 billion – yes, billion with a “b” – of cholesterol-lowing drug, Lipitor, last year and is reportedly on track to sell another $13 billion this year. See here.

So, what’s the problem? The problem is that Pfizer’s exclusive right to manufacture and sell Lipitor derives from a patent, and patents that cover products such as Lipitor have a life span, i.e., a limited period during which they give their owner exclusive rights in the patented product. For most products in the United States, that lifespan is 20 years. And, the patent on Lipitor is reportedly expiring next year.

So, what happens when patents expire? The patent holder loses the right to exclusive control of the product.

What if Lipitor had been protected as a trade secret, instead of as a patent? Answer: assuming (very big assumption!) that Lipitor could not have been reverse engineered, Pfizer could have maintained its exclusive rights indefinitely.

Could that really have happened? No – someone would have reverse engineered Lipitor.

But, trade secret protection is a very real way to protect other things. For example, the secret formula to Coca-Cola, which has been protected as a trade secret for more than a century. Although the lore of the heroic protection measures taken to protect the secret formula is just an urban legend (see Urban (Trade Secret) Legends Debunked), Coca-Cola, like many other companies (e.g., KFC), have managed to keep their secret recipes – and many other types of information – protected as trade secrets.

Imagine if Coca-Cola had been patented, rather than protected as a trade secret.

In the end, which is the better protection for a particular product is a complicated analysis that must be given serious consideration before embarking on either course.

Of course, the real issue raised by this post is:  Why did I choose that picture?!