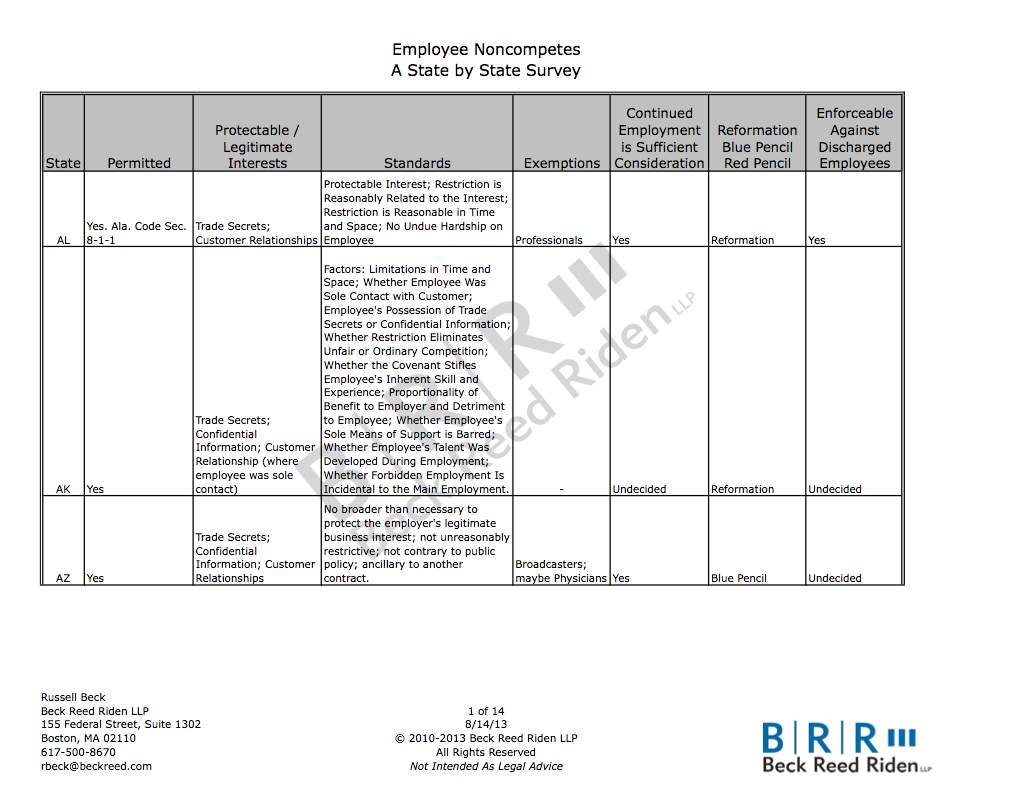 The case involved a lower court that had rewritten language in the parties’ agreement. Specifically, the lower court had removed language in the agreement that it deemed to be too broad, and then inserted its own language for that of the parties. Such judicial rewriting of a restrictive covenant is called “reformation” (or “modification”) – not “blue penciling.” (Blue penciling is where a court simply strikes the offending language and then reads the contract with such omitted; nothing else in the contract changes.) The SC Supreme Court, however, erroneously referred to the lower court’s modification as “blue penciling.”

Appellation aside, the the SC Supreme Court’s decision provided as follows: “[I]n South Carolina, the restrictions in a non-compete clause cannot be rewritten by a court or limited by the parties’ [subsequent] agreement, but must stand or fall on their own terms. We hold, therefore, that the trial judge erred in rewriting the territorial restriction in the parties’ contract.” Poynter Inves., 387 S.C. at 588. Under the circumstances of the case, this holding indicates that South Carolina rejected reformation. It does not speak to blue penciling.

Nevertheless, I am informed by Josh Smith of Roe Cassidy Coates & Price – who, with Randy Moody, successfully represented the appellant in the case – that South Carolina practitioners interpret the court’s decision as rejecting both reformation and blue penciling. Instructively, in this regard, Josh Smith also informed me that the appellee did not argue the distinction between blue penciling and reformation – and did not argue that the court could apply the contractual “step down” provisions. (The step down provisions would have allowed the court to blue pencil the contract and then enforce it based on the more narrow portion of the agreement.)

Accordingly, I have updated the chart to reflect the apparently prevailing view of a more expansive reading of the holding (i.e., applying the “red pencil” or “all or nothing” approach) – though I believe that such an interpretation is still up for debate.