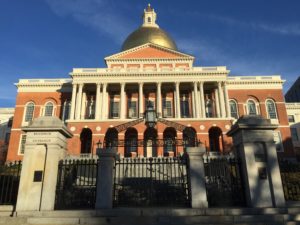 On Tuesday, April 17, the Massachusetts legislature’s Joint Committee on Labor and Workforce Development favorably reported H.4419 to the House Steering, Policy and Scheduling.

While much of the original language floating around for quite some time has remained the same (from some of Senator Brownsberger‘s and Representative Ehlich‘s proposed bills), there are some meaningful modifications.

Here are a few of the key aspects of the bill:

Thanks to Erik Winton for letting me know that the bill came of out committee!