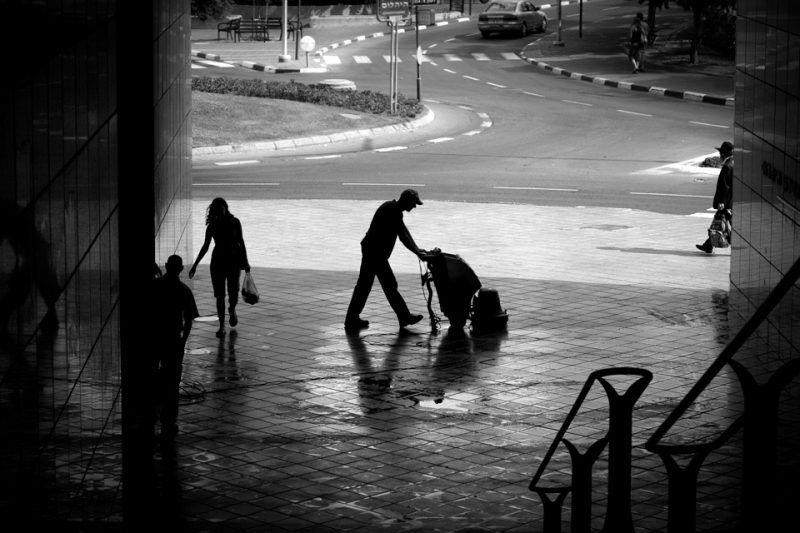 Posted on Jul 4, 2018Jan 2, 2019
The “janitor rule,” as it’s come to be known, is the rule of thumb in restrictive covenant law that if a noncompetition agreement (or other restrictive covenant) restricts the scope of a former employee’s future employment indiscriminately, untethered to the legitimate business interests properly protected by the noncompete, the restriction is overly broad.

The test works as follows:  In assessing whether a particular noncompete (that is applicable to someone who is not a custodian, i.e., in virtually every case) is overly broad, courts and lawyers frequently ask whether the restriction would restrict the employee from working (even if it’s for a competitor) as a janitor. Hence the appellation, “janitor rule.”

The rule comes up fairly regularly, given that so many restrictions are drafted broadly, ignoring the role of the person bound by the agreement. And, the rule is being argued with increasing frequency, even in states that reform (i.e., judicially modify) overly broad agreements.

Indeed, a recent Northern District of Illinois case, Medix Staffing Solutions, Inc. v. Dumraif, 2018 WL 1859039, made headlines when it  applied the rule (although toning down its rhetoric) in a state in which courts had not previously applied the doctrine (per se). In that case,

the Covenant purport[ed] to bar Dumrauf [(i.e., the former employee)] from “directly or indirectly, own[ing], manag[ing], operat[ing], control[ing], be[ing] employed by, participat[ing] in or be[ing] connected in any manner with the ownership, management, operation or control of,” any company in actual competition with Medix or any company directly or indirectly engaged in the Business of Medix.

The court’s analysis was as follows:

[T]he types of employment the Covenant bars him from taking with those companies extend beyond roles that were similar to those he held at Medix [(the prior employer)] to any position whatsoever at other companies in the industry. Dumrauf argues that this would bar him from even working as a janitor at another company. While that example is a bit far-fetched, the Court sees no language in the Covenant that makes it an inaccurate statement of its prohibitions. Regardless, the Covenant clearly would prevent Dumrauf from taking any number of more plausible roles at another industry player, no matter how far removed from actual competition with Medix. Such a prohibition is unenforceable. See Stunfence, Inc. v. Gallagher Sec. (USA), Inc., No. 01 C 9627, 2002 WL 1838128, at *7 (N.D. Ill. Aug. 12, 2002) (finding a covenant not to compete unenforceable where it did not limit its scope to activities similar to those the employee performed for the original employer).

Origins of the Rule

I was recently speaking with someone about the janitor rule, which (admittedly, only a few people would ever find themselves having this discussion). That discussion led us to ponder the origins of the rule.

From some quick research, it seems that the first time (or at least the first reported case in which) the janitor rule was used (though it was not called that at the time) was in 1974 in the Supreme Court of Pennsylvania case, Trilogy Associates, Inc. v. Famularo, 314 A.2d 287 (Pa. 1974).

That case involved a restrictive covenant in which the former employees agreed “not to come under the employ of any customer or client of (Trilog), or of any business or individual with which employee has come into contact or acquaintance principally through his . . . employment with (Trilog) for a period of two years after leaving the employ of (Trilog).” Id. at 293.

The court addressed this language as follows:

Although Marabella and Gawrys worked as data processing employees for Trilog, they are barred from working as janitors, bank managers, truck drivers, doctors, lawyers, or indian chiefs — for any customer or client of Trilog. Such a covenant is a completely unreasonable restraint of trade and cannot be upheld.

The next case seems to have been in the Eastern District of Tennessee in Standard Forms Co. v. Nave, 422 F.Supp. 619 (E.D. Tenn. 1976). It involved a noncompete that provided as follows:

The Representative (defendant) agrees that he will not . . . for a period of one year after date of termination of employment (for whatever reason) engage, assist or have any active interest in any business (directly or indirectly, individually or in combination with another or others, or as principal partner, agent, contractor, employee or officer of a Corporation or otherwise) which is engaged in manufacturing, producing and/or selling any product or products that compete with corporation (the plaintiff) in Representative’s former territory.

There, the court observed,

Clearly, Mr. Nave’s working for such a company as a “bookkeeper” or as a “mere janitor” would not be an infringement of his contractual restriction, since by so doing he would not be “ * * * engag(ing), assist(ing) or hav(ing) any active interest in any (such) business. * * * ”

While these cases involve the first uses of a “janitor” as the test case job, they are not the first instances in which the concept behind the “janitor rule” has been used.

For example in a 1963 case Georgia Supreme Court case, Dixie Bearings, Inc. v. Walker, 133 S.E.2d 338 (1963), the court rejected a covenant that prohibited the employee “from engaging as an owner, partner, or otherwise or becoming associated as an officer, employee, agent or otherwise in any business competitive with the plaintiff . . . .” Id. at 341 (emphasis in original). The court based its decision on the fact that “[u]nder these provisions the defendant would be prevented from accepting employment as a truck driver, nightwatchman or any other position which might be totally unrelated to trade secrets or sales to customers.” Id.

Interestingly, in a 1969 case in the United States Court of Appeals for the 5th Circuit, Water Services, Inc. v. Tesco Chemicals, Inc., 410 F.2d 163 (1969), the court reviewed Dixie Bearings, but applied the reasoning of a later Georgia case (Baxley v. Black, 162 S.E.2d 389 (1968)) to reverse District Court’s finding in Walter Services that the restriction was “invalid and unenforceable on the ground that the provision was ‘unreasonably indefinite’ as to ‘the nature, kind and character of the activities prohibited by the contract’ [because it] ‘contemplates’ . . . ‘any activity for any competitor whether it relates to the functions and duties of the original employment or not, whether as a truck-driver, bookkeeper, custodian or as an executive or salesman’.” Id. at 167.

Origins of the “janitor rule” aside and how a court is to handle overly broad restrictions (i.e., through application of the red pencil rule, blue pencil rule, or reformation), these cases reflect the simple principle that the prohibited type of work is to be narrowly drawn (even if left to the court to figure out) to align with the protection of the legitimate business interests.

The key takeaway is that whether drafting restrictive covenants, enforcing them, or defending against them, the parties should all be cognizant of the janitor rule and act and advise accordingly.