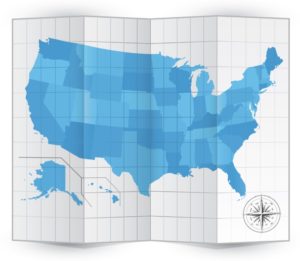 The BRR 50 State Noncompete Chart has been updated today to reflect a new laws in Idaho, Massachusetts, and Utah (and a few additional tweaks in other states). (See “Changing Trade Secrets | Noncompete Laws” for the background.)

In sum, Idaho removed a presumption that it created in 2016, Massachusetts passed its first noncompete statute, making significant changes to Massachusetts noncompete law, and Utah largely exempted broadcasters from noncompetes.

Though a stand-alone resource, the noncompete chart works as a companion to our 50 state and federal survey chart of trade secret laws, which I originally prepared on August 14, 2016, and have updated as laws have changed; it is also current as of August 5, 2018.

The chart has been revised through August 5, 2018. (The chart bears a later date of January 13, 2019) to reflect a correction to Rhode Island’s stance on reformation.)