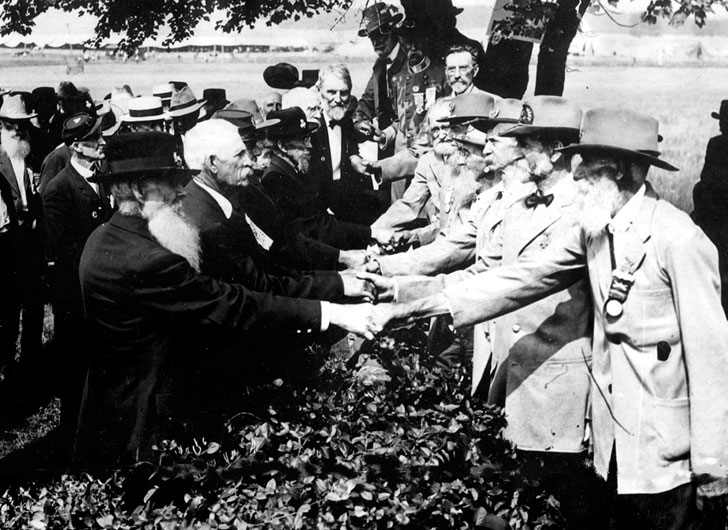 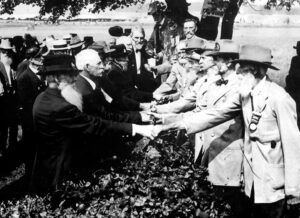 *This post was originally published by Erika Hahn and me on Massachusetts Lawyers Weekly under the title, “Consideration happens, but not during garden leave.”

The 2018 Massachusetts noncompete law made many significant improvements to preexisting law, but garden leave is not one of them.

In October, Erika Hahn and I wrote an article, “The new noncompete law: compromise happens.” (A free version is available here: “Massachusetts’ new noncompete law: compromise happens.”) In it, we explained why we believe that although the new law likely requires “fair and reasonable consideration” for noncompetes entered into during employment, something short of that – perhaps precisely what was required before the law became effective – is all that is likely required for a noncompete entered at commencement of employment.

As we noted (and as is still the case), the only reported decision to provide any insight into the consideration issue so far is Nuvasive, Inc. v. Day, 2019 WL2287709, at *4 (D. Mass. May 29, 2019) (Casper, J.), which seems consistent with our interpretation of the new law. Specifically, in that decision, Judge Casper observed that the following statement in a noncompete would be sufficient under the new law:

In consideration of my engagement by the Company, the compensation I . . . receive from the Company (including for example monetary compensation, Company goodwill, confidential information, restricted stock units and/or specialized training) . . . .

There are many potential answers. As we noted previously, the most likely is that it was a legislative compromise, necessary to allow the other (very significant) changes in the law to pass (including notice requirements, a ban on noncompetes for nonexempt employees, a 12-month durational limit, and, of course, the “fair and reasonable consideration” requirement for employees asked to sign a noncompete mid-employment).

Because our analysis focused on the “other mutually-agreed upon consideration” language, we did not tackle the separate question of why garden leave clauses are also addressed in two other places in the statute: (1) as a defined term in the definitions and (2) in the exclusion from the definition of “noncompetition agreement.” Nor did we address the effect of using a garden leave clause. We address both here.

As to why the language appears in those two other subsections, some (us included) have at times surmised that it may simply have been an oversight resulting from the myriad edits to the draft bills along the way. However, there may be a more satisfactory answer – one that squares virtually all of the language in the statute and provides more clarity on the purpose of each of the sections.

Specifically, when read as a whole, the statute can be understood to mean that by offering a “garden leave clause,” the agreement is excluded from the requirements of the statute, leaving it subject to preexisting noncompete law – just in the same way the statute excludes (among other things) “noncompetition agreements made in connection with the cessation of or separation from employment if the employee is expressly given seven business days to rescind acceptance . . . .”

A review of the three statutory references to “garden leave clause” is necessary to see how.

The starting point is the statute’s definition of a “noncompetition agreement”:

So, what is a “garden leave clause”?

That question is answered generally by the definition of “garden leave clause” in subsection 24L(a):

a provision within a noncompetition agreement by which an employer agrees to pay the employee during the restricted period . . . .

But, the contours around that definition are detailed by the third subsection referencing garden leave clauses (24L(b)(vii)), which provides:

To constitute a garden leave clause within the meaning of this section, the agreement must (i) provide for the payment, consistent with the requirements for the payment of wages under section 148 of chapter 149 of the general laws, on a pro-rata basis during the entirety of the restricted period, of at least 50 percent of the employee’s highest annualized base salary paid by the employer within the 2 years preceding the employee’s termination; and (ii) except in the event of a breach by the employee, not permit an employer to unilaterally discontinue or otherwise fail or refuse to make the payments . . . .

Putting those sections together, if the agreement satisfies the two prongs in subsection 24L(b)(vii), it would constitute a garden leave clause, expressly excluded from the definition of “noncompetition agreement.”

From a textual standpoint, this reading gives effect to all the language concerning garden leave clauses.

It also explains why the Legislature included garden leave clauses (with the specific, exacting requirements) as an option, rather than simply stating that noncompetes (entered into at commencement of employment) must be supported by consideration (as was already required by preexisting noncompete law). And, it explains why the legislature had to include the two references to garden leave clauses in the definitions (i.e., to define them so they could be excluded from the definition of noncompetition agreements, and therefore outside the reach of the new requirements applicable to only noncompetition agreements).

Further, read this way, the statute puts garden leave clauses on the same footing as “noncompetition agreements made in connection with the cessation of or separation from employment . . . .” In other words, the statute appears to reflect a legislative determination that noncompetition agreements entered into under either of those circumstances do not require application of the new statutory requirements.

From a policy standpoint, it makes sense that the legislature might consider the employee to be adequately protected in those contexts. With regard to garden leave clauses, the economic impact of the restriction is significantly mitigated by the payments, particularly given that the employee can get another job while receiving the garden leave payments, irrespective of whether the combined payments (from garden leave and the new employment) are greater than the employee earned in the prior job. Further, even garden leave clauses need to be reasonable in time, place, and scope under prior law. C.R. Bard, Inc., v. Solano, No. Civ. A. 88-1617-Z, 1988 WL 92469 (D. Mass. Aug. 4, 1988) (Zobel, J.). Similarly, the although the new advance notice requirement would not apply, courts can always consider whether “the employee [was] fairly told of the restrictions and knowingly accept[ed] them.” Bear Stearns & Co. v. McCarron, No. 08-0978BLS1 (Mass. Super. Ct. Mar. 5, 2008) (refusing to enforce “stealth restrictive covenants”); see also Flexcon Co. v. McSherry, 123 F. Supp. 2d 42, 44 (D. Mass. 2000) (Gorton, J.). In addition, if the employee is laid off or terminated without cause, the garden leave clause is ineffective (unless agreed to as part of the separation).

Aside from venue and choice of law, the most significant remaining impact of excluding garden leave clauses from the requirements of noncompetition agreements is that most of the exemptions (for hourly workers and others) would not apply. Of course, the employee will be compensated at 1/2 of their highest salary – and can still get another job – factors that a court can take into consideration in determining the propriety of enforcing the noncompete under preexisting law. Whatever one may think of the wisdom of this result, it is a legislative policy decision, not an interpretative one.

Certainly, the better approach would have been to include the specification of what payments must be made in the definition of “garden leave clause” in subsection 24L(a), and require only that noncompetition agreements be supported by (mutually agreed upon) consideration in subsection 24L(b)(vii). That, however, is a drafting preference and is a minimal issue compared to the alternative of significant inconsistent and/or superfluous language.

Instructively in that regard, while there is presently a bill (S.1117) to clarify legislative intent concerning the statute, it focuses on only what “terminated without cause” means, not the garden leave issue.

Absent some indication from the Legislature, we will have to wait and see how the courts square all of the garden leave clause provisions.

Thank you to Hannah Joseph for getting up very early to bat the idea around.