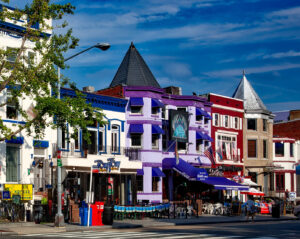 What concept did President Obama, President-elect Biden, and 47 states – including every single state to consider the issue in the past decade – reject?

A ban on noncompetes.

What bill did the Council of the District of Columbia Committee on Labor & Workforce Development just vote to approve?

Yep: a ban on noncompetes.

A little over a year ago (on October 8, 2019, specifically), eight DC council members introduced a bill to “ban the use of non-competition provisions in employment agreement agreements and workplace policies . . . .”

Though it had that all-inclusive introduction, the proposed change itself was actually far less radical.

It sought only to do that which many people think would be reasonable, including the U.S. Department of the Treasury (in a 2016 report), the Obama Administration in a 2016 Call to Action, and a handful states (Illinois, Maine, Maryland, Massachusetts, New Hampshire, Rhode Island, Virginia, and Washington) that have recently changed their noncompete laws – specifically, to ban noncompetes for low-wage workers. And, although different states have taken different approaches to defining low-wage workers, in D.C., the bill defined low-wage workers to be those workers earning a “regular rate of pay” that “is less than or equal to 3 times the [D.C.] minimum wage . . . .”

After about two months (through December 2019), the bill languished for about a year until November 19, 2020, when the Council on Labor & Workforce Development held a hearing on (among other things) approving a substitute bill that would ban all noncompetes – regardless of the employee’s income level. See hearing (video starting at 4:38).

Misconceptions about the issues and literature concerning noncompetes

Pushing for a complete ban on employee noncompetes, Councilmember Elissa Silverman made the following comments (which are quite common in discussions about noncompetes):

Simply put, allowing noncompete agreements hurts workers in our city. They are paid less. They are less likely to get a raise, even in strong labor markets, and experience greater wage disparity, by gender and race.

Unfortunately, despite what I am sure is a genuine effort to get educated on the issues and to understand the complicated and nuanced existing academic research in the field, the Councilmember has accepted the oversimplified party-line statements as truth.

As explained in “President Biden’s Proposed Ban of (Most) Noncompetes: Protection Strategies and Steps to Take Now,” the research in this field is preliminary, nuanced, inconclusive, and sometimes inconsistent, and should not be relied upon as final, definitive, or conclusive – especially when making policy decisions with potentially significant ramifications for people, companies, and the economy in the jurisdiction.

Councilmember Silverman also cited California, Montana, North Dakota, and Oklahoma as having all banned employee noncompetes, holding them out as support for the success of a noncompete ban. Putting aside that (despite some inexplicable prevailing misconception) Montana has not banned noncompetes (see Wrigg v. Junkermier, Clark, Campanella, Stevens, P.C., 362 Mont. 496, 503-07 (Mt. Sup. Ct. 2011)), those other bans were in 1872, 1865, and 1890, respectively. No state has categorically banned employee noncompetes since 1890, i.e., for – literally – 130 years.

There are reasons for this. But, I won’t get into the details here. They are covered extensively in the following: “Misconceptions In The Debate About Noncompetes” (July 8, 2019) (a free version of which is available here: “Correlation Does Not Imply Causation: The False Comparison of Silicon Valley and Boston’s Route 128” (July 9, 2019)); my testimony to the United States Senate Committee on Small Business & Entrepreneurship (November 28, 2019); joint submission of me and 21 other lawyers and my paralegal (Erika Hahn) to the FTC (March 11, 2020); and “The Case for Noncompetes” (July 2020), by Professors Jonathan Barnett and Ted Sichelman).

Suffice it to say that there are many reasons for the tech dominance of Silicon Valley; while a ban on noncompetes may have had some impact (beyond increasing the amount of the more-costly tool of trade secret litigation), it has never actually been proven to be the cause of Silicon Valley’s success. (And, of course, when people trot out California for this point, they are really just focusing on Silicon Valley/the Bay Area, which is only a small part of the state.)

During the debate Councilmember David Grosso (who was joined in his comments by Councilmember Kenyan McDuffie) opposed the broad ban, raising a concern that it may lead companies to move from D.C. to the neighboring states (much in the way that companies are moving from California to states that do enforce noncompetes). (The point here is simply that California’s ban on noncompetes is obviously not a (sufficient) draw to keep companies there.)

Both Councilmembers urged an amendment to ban noncompetes for just low-wage workers and, regardless, to ensure that the ban does not apply in the healthcare industry.

Following the hearing, the bill was approved without amendment (but explicitly recognizing that the Committee will take up the issue of amendments at the next hearing).

At the next hearing (on December 1, 2020), the Committee voted to approve an amended bill that exempts certain “medical specialists” from the ban.

If enacted, the amended bill (B23-494) would ban all employee noncompetes in the District, other than certain agreements in the healthcare industry.

Stay tuned to see what happens. We’ll keep you posted.

***Thank you to Erika Hahn for her assistance with the research on the bills.