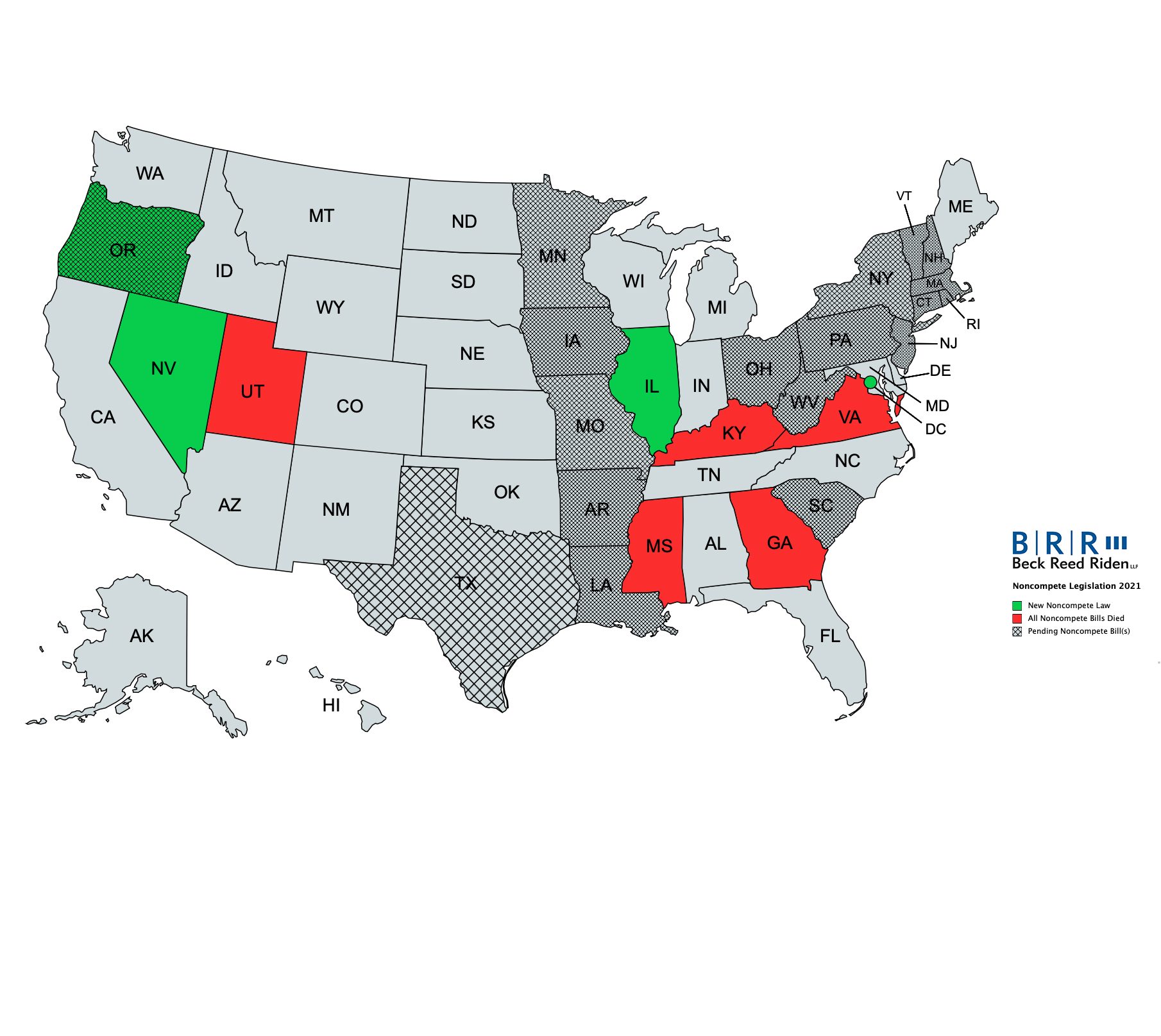 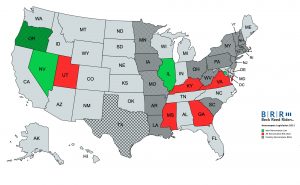 Before turning to the Illinois update, for those keeping count, there have been 66 noncompete bills in 25 states so far this year1 — excluding the two pending federal noncompete bills, D.C.’s new law to ban most noncompetes and the new bill to amend it (which we will cover shortly), and any proposed bills that may be circulating, but have not yet been filed. Ten bills (in six states2) have died and three (one in each of Oregon, Illinois, and Nevada) have passed — leaving the current tally at 53 noncompete bills still pending in 18 states: Arkansas, Connecticut, Iowa, Louisiana, Massachusetts, Minnesota, Missouri, New Hampshire, New Jersey, New York, Ohio, Oregon, Pennsylvania, Rhode Island, South Carolina, Texas, Vermont, and West Virginia — plus DC. (We have created a new color-coded map reflecting the on-going updates.)

By way of a summary, the new law expands the scope of Illinois’s noncompete statute to beyond low-wage workers (though raising the minimum compensation thresholds of employees for whom noncompetes, and now nonsolicits and no-recruit agreements, can be used), to require payment during the restriction for noncompetes, nonsolicits, and no-recruits for someone terminated or furloughed because of COVID-19 or similar events, to require specified advance notice, to add an “adequate consideration” requirement (as well as otherwise typical standards), and to require the payment of attorney’s fees for a prevailing employee.

Specifically, the new law (which applies only to agreements entered into on or after its effective date, i.e., January 1, 2022) does the following:

*A huge thank you to Erika Hahn for all of her extraordinary help in tracking and monitoring all of the bills and thank you to my former partner, Peter Steinmeyer, for providing me the up-to-the-minute update on the law’s passage.