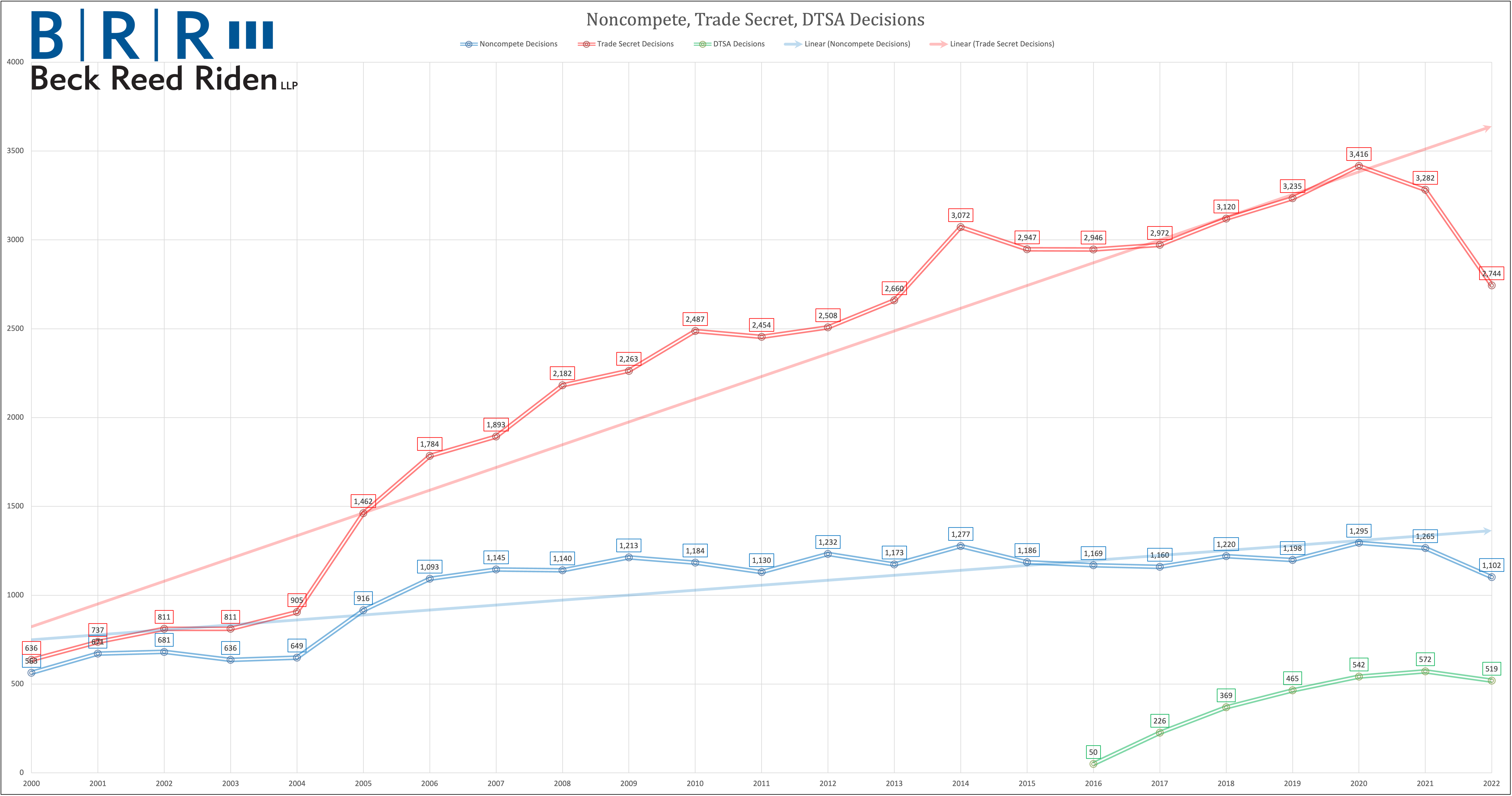 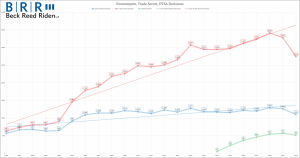 Once or twice a year, I update my chart of reported noncompete and trade secrets decisions. Here is the latest (full size). (This year, I also changed the format, converting it into a line graph with trend lines.)

Around the time I started my firm, I became curious to see how many trade secret and noncompete decisions were issued each year in all of the federal and state courts around the country. So, I did a “back of the envelope” calculation. I have performed similar calculations every year since.

To be clear, these are decisions reported on Westlaw; they do not reflect all of the decisions in these types of cases. For example, courts often do not report out (all of) their decisions, and Westlaw may not pick them up. Nor do they directly tell us the number of cases filed, though one could assume that they correlate at least to some extent.

Each time I run the queries, the specific results in a given each year may vary slightly (generally inching up over time). I attribute this to Westlaw’s database management, which seems to add (and occasionally remove) cases over time. Consistent with that, the older the data, the less it tends to move, and indeed, most of the oldest data typically doesn’t change at all.

Despite the database changes, the trends have remained largely the same. Perhaps most telling is that while noncompete litigation (using decisions as a proxy for cases) has ticked up and down only slightly over the last 15-plus years, reflecting a rough leveling off of those decisions, trade secret litigation has continued to trend up.

Not surprisingly, there is not much that can really be told about the trend in DTSA decisions (other than the obvious), given that it is so new, and, as a result, the data is very limited and likely underreported.