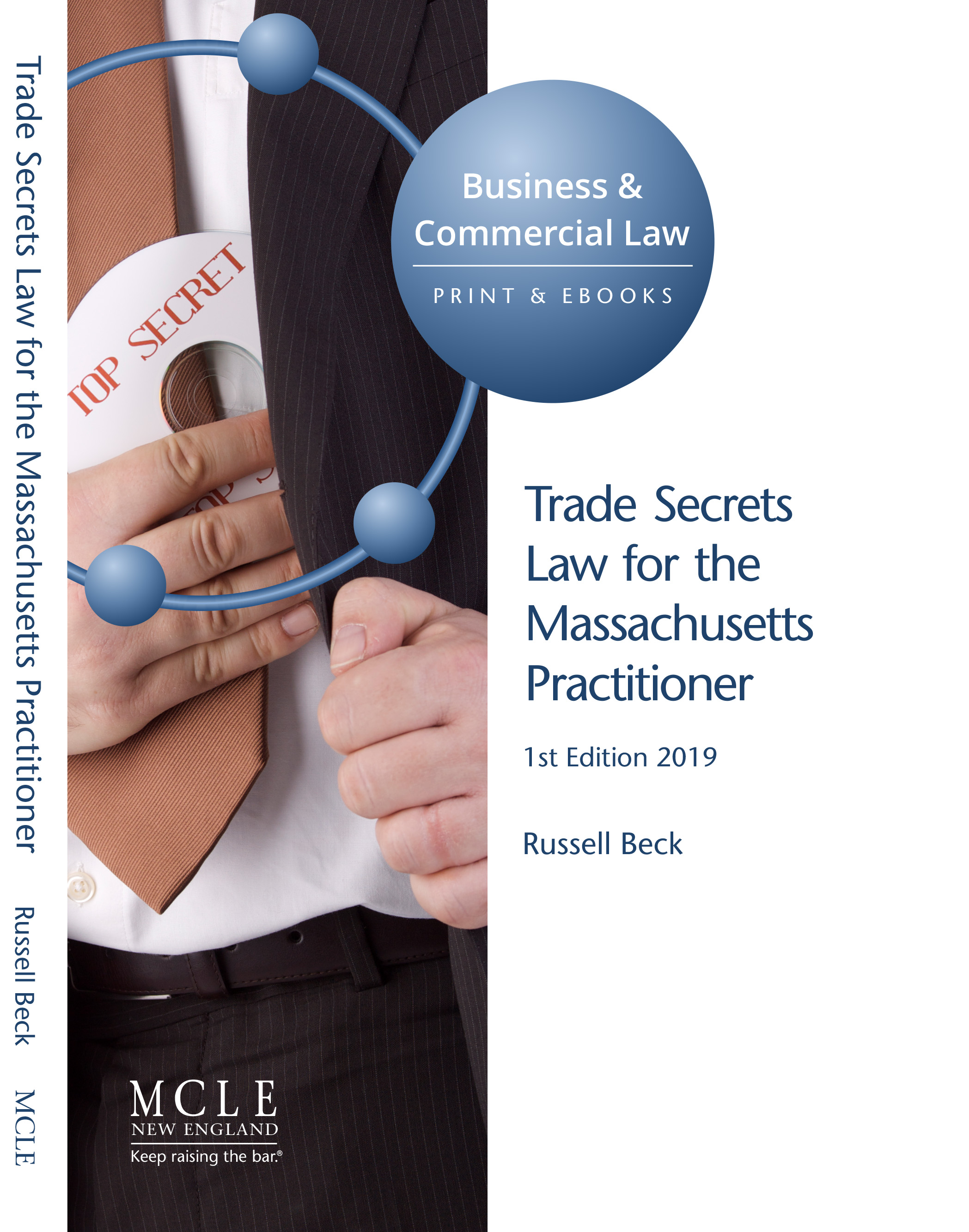 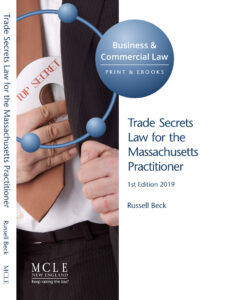 The book discusses the various sources of trade secrets law, including, in particular:

Written for lawyers practicing in the area of trade secrets law, the book explains the law and provides practical guidance for litigating trade secrets disputes – whether as a plaintiff or defendant – and for taking affirmative steps to protect would-be trade secrets, as required by all current trade secrets laws.

Though standing on its own, the book is also intended to be used in conjunction with Negotiating, Drafting, and Enforcing Noncompetition Agreements and Related Restrictive Covenants (5th ed., MCLE, Inc. 2015) (an updated version of which is in the works), when both trade secrets and noncompete agreements are at issue in a particular matter or when advising clients (including as in-house counsel) about how to best protect confidential information.

I would be remiss if if I did not mention that I could not have completed this book without the extraordinary efforts and assistance of Erika Hahn, my paralegal and dear friend, who not only worked extensively on the substance, but exhaustively managed my practice and me to ensure that I spent the necessary time getting the book done. Thank you Erika. Similarly, I thank my wife Jill not only for carrying the torch at home and ensuring that I used our weekends to write, but for her great patience while I did. I also could not publish any book without thanking my boys, Tyler and Jake – just because. Nor could I publish a book on the law without thanking my favorite (and still only!) father-in-law, Solomon Feldman, who has been an endless resource throughout my career. Likewise, thank you to my partners, colleagues, and friends, Steve Reed, Steve Riden, Laura Raisty, Nicole Daly, Jillian Carson, Paula Astl, and Kyle Vieira, with a particular thank you to Hannah Joseph, who helped me edit several parts of the book. Finally, thank you to two of our firm’s interns, David Haber and Emmett Murphy for their significant contributions to this book.