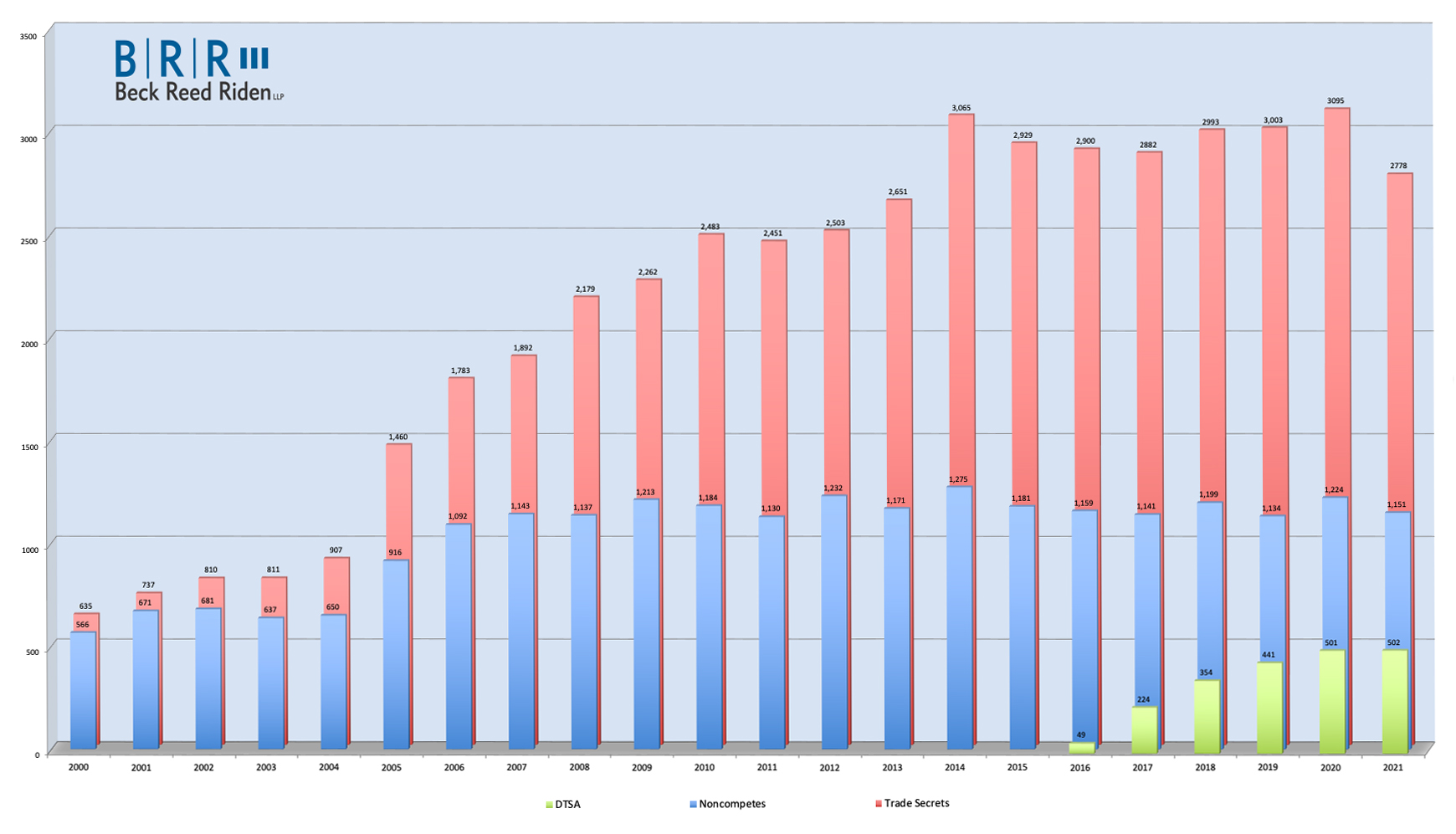 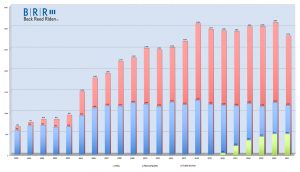 As regular readers of this blog know, a little over a decade ago, I became curious to see how many reported trade secret and noncompete decisions were issued each year in all of the federal and state courts around the country. So, I did a “back of the envelope” calculation. I have performed similar calculations every year since.

I should note that each time I’ve run the queries, the results for each year have varied slightly (generally inching up over time). I attribute this to Westlaw’s database management, which seems to add (and occasionally remove) cases over time. Consistent with that, the older the data, the less it moves, and some of the oldest data usually doesn’t change at all.

The other thing worth noting is that every time I’ve run this inquiry during the first half of the year, the data for the most recent few years has been significantly underreported. And, even when I run it later in the year, the data for those last few years remains significantly underreported (which becomes clear a few years later when the data is re-run). Also, the most current year (when I run it mid-year) is annualized for a rough estimate.

Despite the database changes, the trends have remained largely the same. Perhaps most telling is that while noncompete litigation (using decisions as a proxy for cases) has ticked up and down only slightly over the last 15-plus years, reflecting a rough leveling off of those decisions, trade secret litigation increased (significantly) almost every year until 2014; with the exception of 2015 to 2020 (which seems to be, in part, an artifact of the database issue noted above), only 2011 shows a slight dip for trade secret litigation.

Not surprisingly, the clear (and very early) trend in DTSA filings is up year over year, even though the data is so limited and very likely underreported. This is, of course, no surprise given the newness of the cause of action.