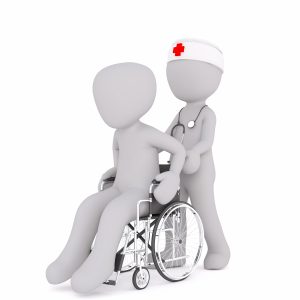 As I previewed two weeks ago, in addition to Colorado’s sweeping update to its noncompete law, Illinois, Iowa, and Kentucky each created exemptions for nurses or other healthcare workers.

They are as follows:

Illinois passed a new law (H.B.4666) to, among other things, prohibit “nurse agencies . . . from entering into covenants not to compete with nurses and certified nurse aides.”

Iowa passed a new law (H.B.2521) to, among other things, prohibit healthcare employment agencies from “[r]estrict[ing] in any manner the employment opportunities of an agency worker by including a non-compete clause in any contract with an agency worker or health care entity.”

First, it passed (H.B.282) to, among other things, prohibit healthcare services agencies from “[r]estrict[ing] in any manner the employment opportunities of any direct care staff that is contracted with or employed by the agency including but not limited to . . . contract non-compete clauses.”

Second, it passed (H.B.506) relating to professional employer organizations (so-called, PEOs), generally, but includes a prohibition on such PEOs from “[a]ffect[ing], modify[ing], or amend[ing] any contractual relationship or restrictive covenant between a covered employe and any client . . . .”

If you’re keeping track, that’s four states that have already updated their laws effective this year: Colorado (twice), Illinois (twice), Iowa, and Kentucky. (And, of course, D.C. is still in the works.)

Please note that the most current version of both the 50 State Noncompete Chart and 50 state and federal survey chart of trade secret laws can always be found on my firm’s resources page. The noncompete chart will be updated tomorrow.

Thank you to Erika Hahn for her on-going help ensuring that I am on top of the many recent developments around the country. Photo credit: Peggy Marco / 9369 images.