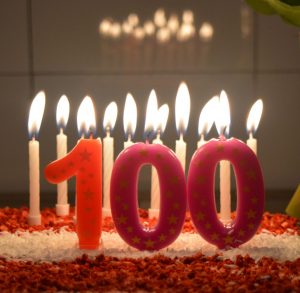 Jerry Cohen, one of the most scholarly lawyers I know, wrote a detailed article about the history and development of noncompete law, where it is now, and predictions for the future.

In reading the article, I realized that one of the seminal noncompete cases in Massachusetts — Sherman v. Pfefferkorn, 241 Mass. 468 (1922) — is 100 years old this year. So, I thought it would be interesting to see what impact it still has a 100 years later.

The case had two very significant impacts on the development of Massachusetts noncompete law.

First, it adopted the modern framework for the analysis of noncompetes in the employment context.

Rather than recreate a summary of this aspect of the case, I’ve pulled it from my book, Negotiating, Drafting and Enforcing Noncompetition Agreements & Related Restrictive Covenants:

In 1922—almost two hundred years after Mitchel [the 1711 English case establishing the modern framework] and a century after Massachusetts had indisputably begun adhering to the Mitchel analysis—the Supreme Judicial Court made clear that restrictive covenants in the employment context (as opposed to those in connection with the sale of a business) would also be enforced when reasonable. Specifically, in Sherman v. Pfefferkorn, 241 Mass. 468 (1922), the court examined, and found partially enforceable, a noncompetition agreement between a laundry service and its former employee, who had been working as a delivery person. The Supreme Judicial Court explained as follows:

It long has been settled that contracts restraining freedom of employment can be enforced only when they are reasonable and not wider than is necessary for the protection to which the employer is entitled and when not injurious to the public interest.

As stated by Lord Macnaghten in Nordenfeldt v. Maxim Nordenfeldt Guns & Ammunition Co. Ltd. [1894] A. C. 535, 565: “The public have an interest in every person’s carrying on his trade freely: so has the individual. All interference with individual liberty of action in trading, and all restraints of trade of themselves, if there is nothing more, are contrary to public policy, and therefore void. That is the general rule. But there are exceptions: restraints of trade and interference with individual liberty of action may be justified by the special cir- cumstances of a particular case. It is a sufficient justification, and indeed it is the only justification, if the restriction is reasonable—reasonable, that is, in reference to the interests of the parties concerned and reasonable in reference to the interests of the public, so framed and so guarded as to afford adequate protection to the party in whose favour it is imposed, while at the same time it is in no way injurious to the public. That, I think, is the fair result of all the authorities.”

This rule is in accord with our cases. It must be applied with reference to conditions existing at the time in the particular business concerned. A similar principle applies to contracts for the sale of an existing business, and the seller is not per- mitted to impair or to destroy the good will sold by him either where he has expressly contracted not to do so or where such an undertaking is implied.

Sherman v. Pfefferkorn, 241 Mass. at 474–75 (citations omitted); see also Zabota Cmty. Ctr., Inc. v. Frolova, No. 06-1909-BLS1, 2006 WL 2089828, at *1–2 (Mass. Super. Ct. May 18, 2006) (van Gestel, J.). Based on this analysis, the Supreme Judicial Court upheld a three-year noncompetition agreement, but refused to enforce those aspects of the agreement that the court found “went beyond what reasonably was required in order to protect the plaintiff’s right . . . against the disclosure or use of information received in the employment and against soliciting, collecting, and delivering laundry within the specified towns.” Sherman v. Pfefferkorn, 241 Mass. at 475–76.

Sherman v. Pfefferkorn continues to have ongoing vitality for this proposition, having most recently been cited by the SJC in 2020 in Automile Holdings, LLC v. McGovern, 483 Mass. 797, 808–09 (2020), for that same proposition.

But, second, the case is actually better known for providing an answer to a question that arises often in noncompete (and other restrictive covenant) cases — and is handled very differently in different states:

Sherman v. Pfefferkorn was the first SJC decision to answer that question, and it held that continued employment was in fact sufficient consideration to support a noncompetition agreement.

But that all changed in 2018, with the enactment of the Massachusetts Noncompetition Agreement Act (the MNAA), which set a new standard:

While “fair and reasonable” is not defined in the MNAA, we at least know that continued employment alone is no longer sufficient consideration for a noncompete. Of course, it may remain sufficient for other restrictive covenants, like nonsolicitation agreements, no-service agreements, and no-recruit agreements, that are expressly outside the scope of the statute.)

So, 100 years later, while Sherman v. Pfefferkorn has lost some of its presidential value, it still remains an important case in Massachusetts noncompete jurisprudence.