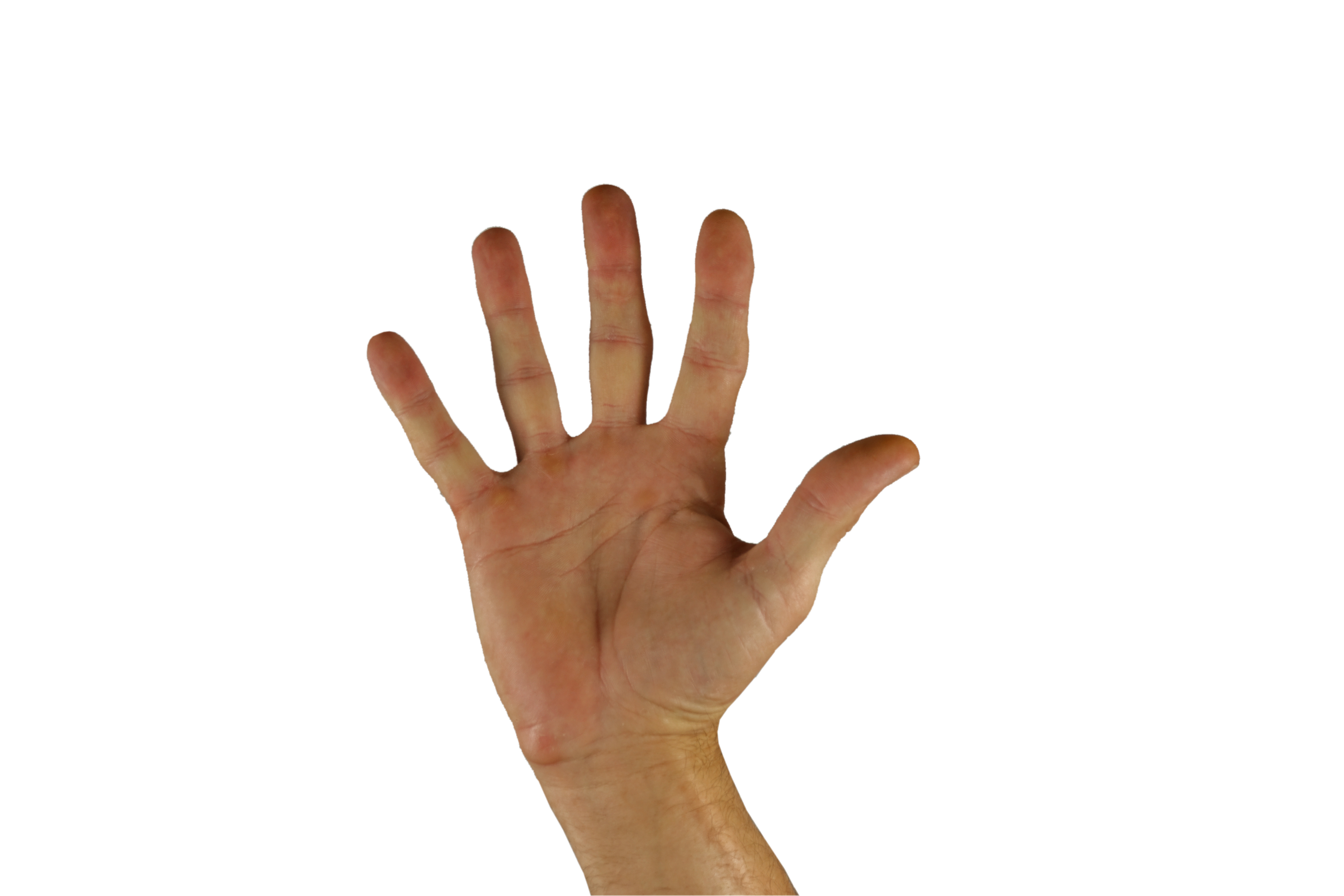 We have another decision involving a noncompete that is in fact subject to the Massachusetts Noncompetition Agreement Act (the “MNAA”), G.L. c. 149, § 24L.

This is the fifth Massachusetts decision (that I am aware of, anyway1) involving a noncompete actually subject to the MNAA.2

The facts are a bit atypical.

Plaintiff (Khristine Carroll) was a shareholder in a business that the defendant (Mitsubishi Chemical America (Mitsubishi)) purchased.

As part of the acquisition, Mitsubishi hired Carroll and required her to sign a noncompete. Although the noncompete was part of the overall sale of a business, it was included in an employment agreement, as Carroll was going to remain an employee after the sale. Nevertheless, the noncompete was “extensively negotiated” and required Mitsubishi to pay 100 percent of Carroll’s salary during the term of the restriction. (The court called these “garden leave payments.”)

The parties also negotiated over a provision that would have “allowed Mitsubishi to unilaterally cancel and/or opt-out of the restrictive covenants in order to cancel payments which would be due during the non-compete period (‘Opt-Out Term’).” According to the complaint, the parties ultimately agreed to omit the Opt-Out Term in exchange for a 24-month noncompete.

A year and a half later, Carroll resigned. The reasons and related issues are not relevant for our purposes.

What is relevant, however, is that Carroll took a job that purportedly complied with the noncompete and that, thereafter, Mitsubishi notified her that it “released” her from the noncompete — and therefore would not make the garden leave payments.

The threshold arguments about applicability of the MNAA were upside-down.

In an unusual (but not surprising) twist, Mitsubishi — the drafter of the noncompete — argued that the two-year term of the restriction violated the MNAA and therefore rendered the noncompete (and associated garden leave payments) invalid and unenforceable.

Not to be out-twisted, Carroll responded that the noncompete arose in the sale of business (which typically favors the employer, not the employee), and therefore fell outside the MNAA’s strictures (i.e., the protections primarily favoring the employee).

Motivations aside, to constitute a sale of a business under the statute, “the party restricted by the noncompetition agreement” must be “a significant owner of . . . the business entity who will receive significant consideration or benefit from the sale or disposal.” Key to the court’s analysis were (1) “[t]he MNAA does not define the terms ‘significant owner’ and ‘significant consideration,” and (2) “[u]nder Massachusetts law, the illegality or unenforceability of a contract is an affirmative defense on which the defendant bears the burden of proof.”

With those starting points, the court turned to the allegations in the complaint.

The court concluded that the “allegations plausibly suggest that [Carroll’s] interests in [the company that was sold] were significant enough that [Mitsubishi] needed her vote in order to consummate the Sale.” The court then explained, “While Carroll does not plead what consideration, if any, she received in connection with the Sale, she need not do so at this stage. Therefore, it is not clear from the face of the complaint whether or not the MNAA applies to the Noncompetition Clause and [Mitsubishi] cannot prevail on its motion to dismiss on that basis.”

The viability of the “waiver” of the noncompete remains for another day.

In response, the court reasoned as follows:

Under the MNAA, an employer may waive the noncompetition restriction at the time of termination of employment and, if it does so, the garden leave clause becomes ineffective. See M.G.L. c. 149, § 24L(a) (Garden leave clause “shall become effective upon termination of employment unless the restriction upon post-employment activities are waived by the employer …”). . . . Because, at this stage, it is not clear whether or not the MNAA applies to the Noncompetition Clause, [Mitsubishi] cannot rely on its garden leave waiver provision in seeking dismissal of the case.

Though no surprise, an important threshold point should not be lost here: Garden leave payments can be avoided if the noncompete is waived “at the time of termination.”

First is the definitional language quoted in the decision:

“Garden leave clause”, a provision within a noncompetition agreement by which an employer agrees to pay the employee during the restricted period, provided that such provision shall become effective upon termination of employment unless the restriction upon post-employment activities are waived by the employer . . . .

Second is the operative language in section 24L(b)(vii):

To constitute a garden leave clause within the meaning of this section, the agreement must (i) provide for the payment . . . and (ii) except in the event of a breach by the employee, not permit an employer to unilaterally discontinue or otherwise fail or refuse to make the payments . . . .

Some have questioned how to square the two, i.e., the definition, allowing the employer to avoid payments, and the latter operative section, prohibiting the employer from discontinuing, failing, or refusing to make the payments. I believe the language allows the employer to make the decision whether it will enforce the agreement or not — but the decision needs to happen at the time of termination of employment (or, presumably, before). After that, garden leave payments need to be made and can be unilaterally avoided only in the event that the employee breaches the noncompete (or the parties agree to end the payments or a court says the payments can end).

Why couldn’t the court decide the waiver issue?

Turning then to the court’s rejection of Mitsubishi’s argument that it waived the noncompete, one might ask why the court could not render a decision at this point. Specifically, the court seemed to assume that, if the noncompete is covered by the MNAA, it would be void (for violating the 12-month durational limitation in the statute). If the noncompete is void, then the payment issue presumably goes away. That suggests, then, that the question really becomes: What happens if the noncompete is not subject to the MNAA?

The facts here, therefore, raise the following question: Does a noncompete supported by a “garden leave clause” fall outside the limitations (including temporal) imposed by the MNAA?

I believe the answer is yes.

My reasoning is set out here: Garden Leave Is Not a Nonconcompete under Massachusetts Law.

If I am right, Mitsubishi’s framing of the issue as relating to its “statutory right” to waive the noncompete brings that question squarely before the court and explains why the court needed to determine if the noncompete is governed by the MNAA before it can rule on the issue.

In other words, it seems that there are three ways this can go:

Second, the noncompete qualifies as a “garden leave clause,” and therefore the limitations (including temporal) do not apply, but the statutory right to waive it does. If that’s the case, then the following factual questions arise:

Was that right to waive forfeited, given the negotiations over the Opt-Out Term?

If not, did Mitsubishi exercise that right properly? (Mitsubishi allegedly discussed the noncompete waiver with Carroll and subsequently purported to “release” Carroll from the noncompete.)

Third, the noncompete is entirely outside the scope of the statute (i.e., arising in the context of a sale of business (and simultaneously not qualifying as a “garden leave clause” outside the MNAA limitations for standard noncompetes)) and the waiver is therefore not a statutory right (and was not agreed to as part of the negotiations).

Ultimately, however, whatever the reason for the denial, the question about how an employer can waive a noncompete remains in the case to be decided at a later date.

The elephant in the room has been addressed: The Wage Act does not apply to so-called “garden leave clause” payments.

Rejecting the argument that garden leave payments are covered by the Wage Act, the court reasoned as follows:

The Wage Act requires prompt payment of “wages earned” on pain of civil and criminal penalties, treble damages, and attorney’s fees. [T]he intent of the Wage Act is to protect laborers and casual wage earners who might otherwise be vulnerable to employer intimidation. . . . . Wages include holiday pay, vacation pay, and definitively determined commissions but the term “wages” is not otherwise defined. However, to qualify as wages, the amounts in question must be “earned,” which is to say that they must be “acquire[d] by labor, service or performance.”

The Massachusetts Appeals Court has held that severance pay is not earned but contingent upon severance and therefore does not constitute wages under the Wage Act. In so doing, it observed that there is no evidence that the Legislature intended to provide treble damages and attorneys fees and costs to professionals enforcing their asserted contractual rights. Courts have therefore found that money due an employee under contractual obligations, regardless of whether work was performed, is not included within the definition of earned wages. Here, Carroll’s claims for the payment of garden leave arises from the Agreement between her and [Mitsubishi] rather than the fact that she performed work and earned wages within the meaning of the Wage Act. I find, therefore, that the garden leave payments are not wages within the meaning of the Wage Act.

So, employers can take some comfort that using a true garden leave clause does not (at least according to this decision) pose risks of violating the Wage Act.

This case raises some very important and difficult issues.

We will be following it, and will keep you posted.

*Thank you to Erika Hahn for bringing the decision to my attention (months ago!) and to Alexander Lesnitsky for the image.

[1] If anyone is aware of other decisions, please let me know or send me a link to another article about it, and I will include it for people to read.

[2] As you may recall, the prior cases provided the following guidance: