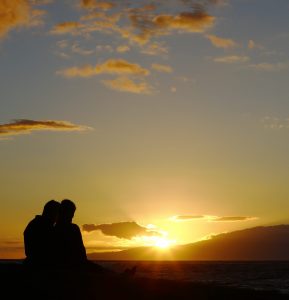 Last week I posted a summary of the 42 legislative changes to U.S. noncompete laws that have been enacted over the past decade or so.

As I noted, that list did not include changes (significant or otherwise) made by the courts, like the recent Wyoming Supreme Court’s decision in Hassler v. Circle C Resources (changing the approach to overly broad noncompetes from reformation to red pencil), the Texas Supreme Court’s December 2011 (substituted) decision in Marsh USA, Inc. v. Cook, which fundamentally altered the consideration requirement in Texas, or any of the many other decisions that have altered the particular state’s noncompete laws over the years.

So, I thought I’d take a moment to highlight the most recent of these decisions making significant changes: Prudential Locations, LLC v. Gagnon, 150 Hawai‘i 470 (2022).

As you will recall, in 2015, Hawai‘i passed legislation that banned the use of noncompetes and no-recruit agreements1 for employees of technology businesses.

The facts are as follows: Defendant Lorna Gagnon worked as a real estate broker in another state. In 2008, Gagnon moved to Hawai‘i and began working with plaintiff Prudential Locations, LLC (“Locations”) as a “sales coach.” On August 8, 2008, Gagnon signed an agreement containing a noncompete, a no-recruit, and an NDA. Gagnon resigned in June 2013, and in August 2013, opened a new RE/MAX franchise in Hawai‘i called Prestige Realty Group, LLC (“Prestige”). A few real estate agents left Locations as well to open Prestige.

The court first addressed the noncompete and then the no-recruit agreement (which the court referred to as a “nonsolicit” and other variations).

As to the noncompete, the court explained that, to be enforceable under Hawai‘i law, a noncompete “must protect a legitimate business interest and be reasonable,” i.e., the noncompete must be no “greater than required for the protection of the person for whose benefit it is imposed . . . .” It also cannot “impose undue hardship on the person restricted” and the “benefit to the covenantee [cannot be] outweighed by injury to the public . . . .”

As to the legitimate interests, the court quoted an earlier Hawai‘i Supreme Court decision holding that “‘training that provides skills beyond those of a general nature is a legitimate interest which may be considered in weighing the reasonableness of a non-competition covenant, when combined with other factors weighing in favor of a protectible [sic] business interest such as trade secrets, confidential information, or special customer relationships.” Said another way, a noncompete must be “ancillary to a legitimate purpose not violative of” the statute.

The court then went on to seemingly signal that the protection of confidential, non-trade-secret information as a legitimate interest to support a noncompete may be on its last legs. Specifically, in finding that the noncompete did not serve a legitimate business interest, the court started, “Even if non-trade-secret, confidential business information constitutes a ‘legitimate business interest’ for purposes of a non-compete agreement under Hawai‘i law . . . .” This equivocal pronouncement is what presumably prompted the concurring/dissenting opinion to note, “I would expand upon the holding in [a prior Hawai‘i Supreme Court decision] to clarify that businesses have a legitimate interest under HRS § 480-4(c) in protecting against their employees’ use of confidential information to unfairly compete.”

Ultimately, the court concluded that the noncompete did not protect any confidential information, but rather, prohibited only ordinary competition, which “is not a legitimate ancillary purpose under HRS § 480-4(a).” In that regard, the court noted that Gagnon “brought with her . . . twenty-five years of prior experience in the real estate industry . . . .” The distinction between what belongs to an employer versus what belongs to an employee  is very common question in these types of cases. Accordingly, courts are often called up to decide whether the company trying to claim an employee’s general skill and knowledge as its own protectable information or instead properly trying to protect its own trade secrets or other confidential information.

Given that the court decided the plaintiff was attempting to use the noncompete solely to protect itself from the employee’s use her own general skill and knowledge, the court held that the noncompete was not enforceable.

Oddly, though unnecessary and not seeming to actually impact the outcome, the majority seemed to gratuitously point to the “recent trend in the United States . . . toward restricting the enforceability of non-compete covenants.”

Instructively, in addition to citing an excellent article by Professor Rachel Arnow-Richman, The New Enforcement Regime: Revisiting the Law of Employee Competition (and the Scholarship of Professor Charles Sullivan) with 2020 Vision, the court pointed to California, North Dakota, and Oklahoma as examples of this supposed recent trend of states moving to restrict noncompetes. But each of those state’s laws reflect anything but “recent” changes, having been put in place in 1872, 1865, and 1890, respectively. (Oklahoma did have some reversals over the years, though nothing was particularly recent). The court also neglected to mention that other states, Montana and Michigan in particular, have had similar bans for a period, but those did not stand the test of time, and ultimately both states fell in line with the majority of states and permitted noncompetes (starting in 1985).

The court also pointed to D.C.’s 2021 change to its law, though, shortly after the court’s decision, D.C. has reversed course, switching from a near-total ban to a $150,000 wage threshold.

Finally, the court also pointed to changes in Illinois, Maine, Maryland, Massachusetts, New Hampshire, Rhode Island, and Washington, all of which were, as the court noted, directed to low-wage workers. But, given that Gagnon was a highly-compensated individual, those changes have little to do with the facts or policy at issue in the case.

Ultimately, and more importantly, the Hawai‘i legislature changed Hawai‘i noncompete law in 2015, and did not adopt anything like what the court seemed to favor.

The court’s decision was largely based on the absence of confidential information to support the noncompete, and therefore the court determined that the noncompete was designed to prevent ordinary competition (which is not a legitimate business interest).

In concluding that the plaintiff failed to identify any information that was truly confidential, the court made several observations with potentially broad-reaching implications:

As to the nonsolicit, the court observed as follows:

Workforce stability and customer relationships can, however, be legitimate ancillary interests for an agreement prohibiting the solicitation of employees.

However, as the court observed (in a quote): “A covenant not to solicit employees is inherently more reasonable and less restrictive than a covenant not to compete, and an employer has a legitimate interest in preventing an employee from leaving to work for a competitor if the employee has cultivated personal relationships with clients through the use of the employer’s resources.”

Despite the lesser impact of no-recruit agreements, the court still scaled back the scope of what Hawai‘i will permit going forward.

Specifically, the court stated as follows:

Our law does not clearly define “solicitation.” We agree with reasoned opinions from other jurisdictions and now hold that “solicitation” requires an active initiation of contact. Thus, to withstand summary judgment for a violation of the non-solicitation clause, evidence indicating that Gagnon actively initiated contact with the agents that joined her must have existed. See UARCO Inc. v. Lam, 18 F. Supp. 2d 1116, 1121 (D.Hawai’i 1998) (holding a non-solicitation agreement enforceable where the former employees’ admitted to calling company’s customers and informing them of their new employment); Prosonic Corp. v. Stafford, 539 F. Supp. 2d 999, 1004 (S.D. Ohio 2008) (holding that employer’s claim that a former employee solicited other employees was “mere speculation” because employer failed to produce evidence that former employee personally induced employees to leave the company); Atmel Corp. v. Vitesse Semiconductor Corp., 30 P.3d 789, 793 (Colo. App. 2001) (interpreting “solicitation” to require actively initiated contact).

Instructively, the court did not need to reach that holding, given that the agreement at issue precluded only “induc[ing] or encourage[ing] any other persons employed or affiliated with the Company to terminate their relationship with the Company.” (Emphasis added.) As court said, “Merely ‘encouraging’ someone to leave employment cannot constitute ‘solicitation’; employees are ‘encouraged’ by family and friends to switch employers for various reasons.”

Accordingly, the court went out of its way to put limits on what it would view as solicitation.

Will other courts in other states do the same? Time will tell — and we’ll keep you posted.

[1] Although the legislature uses the term “nonsolicit clause” for agreements by which an employee agrees not to recruit colleagues following employment, the better term is a “no-recruit agreement” or a “no-recruit” for short. Using this term avoids confusion with agreements that prohibit the solicitation of customers, which are more typically called “nonsolicitation agreements.”

[2] By way of a quick backstory, I was fortunate to get then opportunity to work with Rachel on the Uniform Law Commission’s Uniform Restrictive Employment Agreement Act (UREAA) project. So, of course, when I saw her article cited by the Hawaii Supreme Court, I was very pleased, and quickly read it. And, I’m glad I did, as I was very happily reminded of a case I had long ago forgotten about: Arthur Murray Dance Studios of Cleo. v. Witter, 105 N.E.2d 685, 687 (Ohio 1952), for which Rachel provides the following parenthetical: “describing the common law of noncompete enforcement as ‘a sea — vast and vacillating, overlapping and bewildering’ out of which ‘[o]ne can fish . . . any kind of strange support for anything’.”