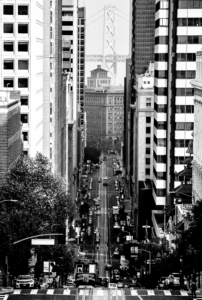 Most people reading this blog know that California has a statute (Business and Professions Code § 16600) that bans (employee) noncompetes and (at least since 2008) nonsolicitation agreements, and, more recently, possibly no-recruit agreements.

What people might not know, however, is that the noncompete ban is not a recent development. Nor was the law adopted to help the tech sector flourish. Rather, California adopted the original version of the statute in 1872.

As we have discussed before, one consequence of the ban appears to be that employers with California employees are relegated to using trade secret litigation as a (poor) substitute for noncompetes (and nonsolicitation agreements).

What also shouldn’t come as much of a surprise is that the resort to trade secret law is not a new phenomenon.

But what might be surprising (it was to me) is that the use of trade secret law as a substitute for restrictive covenants was used in California for even low-level employees as far back as 1913.

For context, in responding to oft-expressed assumption that noncompetes are being used more widely than in the past (i.e., for lower level workers, as opposed to executives), we pointed out here (Myth #4) and in our letter to the FTC and the Biden Administration that the use of noncompetes dates back at least to medieval times when master craftsmen tried to restrain their apprentices from using the skills the masters taught them, and that at least as of a century ago, noncompetes were already being used for low-wage and blue-collar workers. See, e.g., J. & J.G. Wallach Laundry System v. Fortcher, 191 N.Y.S. 409, 116 Misc. 712 (Supr. Ct. N.Y. 1921) (noncompete enforced against laundry delivery driver); Eureka Laundry Co. v. Long, 146 Wis. 205, 131 N.W. 412 ( Wisc. 1911) (noncompete enforced against laundry delivery driver); Simms v. Patterson, 55 Fla. 707, 46 So. 91 (Sup. Ct. Fla. 1908) (noncompete used for a “salesman and shipping clerk”).

It turns out that while other states were using noncompetes to protect their relationships with their customers from low-level sales and delivery people, California was at the same time — i.e., over a century ago — doing the same thing, but using trade secret law as the tool.

Specifically, in reading an excellent article by Jim Pooley about the difference between trade secrets and confidential information (a complicated topic that we are currently wrestling with at The Sedona Conference’s working group on trade secrets), I saw his reference to Empire Steam Laundry v. Lozier, 195 Cal. 95, 130 P. 1180 (1913). That case involved a laundry service business. The employer’s “drivers of its wagons . . . canvass from house to house soliciting orders for laundry work [and] collect and return the clothes.” Each driver had their own route. The driver was provided with “[t]he names and addresses of plaintiff’s customers, together with the day of the week their clothes are to be called for . . . .” The parties had entered into a nonsolicitation agreement. Ultimately, the employee resigned, went to work for a competitor, and solicited his former employer’s customers. The former employer sued, and the employee, of course, challenged the validity of the contract, asserting that it violated California’s noncompete ban.

Although this was 95 years before the famed 2008 Edwards v. Arthur Andersen LLP decision (clarifying that nonsolicitation agreements are banned under 16600), the court found that it did not need to reach the question. Instead, the court reasoned that “[e]quity always protects against the unwarranted disclosure and unconscionable use of trade secrets and confidential business communications.” Finding that the customer information constituted a trade secret, the California Supreme Court enjoined the defendant from servicing his former route.

The same approach continues today, albeit the law has become more nuanced and courts more sophisticated.

Despite the changes, the takeaway remains the same: Employers have, and always will, find ways to protect themselves from departing employees who pose a threat. If noncompetes are taken away (whether by the Federal Trade Commission,1 Congress,2 state legislatures, or otherwise), employers will likely be relegated (primarily) to relying on trade secret litigation — which is more costly, more involved, and less predictable than noncompete litigation. This helps no one but the lawyers.

In fact, one may question whether reasonable noncompete are better for employees than not having them. There is a strong argument to be made that having a noncompete (or a nonsolicit, as in that case) is the better approach, as it delineates the restrictions and puts the employee on clear notice what is permissible and what is not, rather than expecting the employee to understand how trade secret law (and other laws) will apply to his or her anticipated new employment. For more, see The Inevitable Disclosure Doctrine In Employment Litigation: Two Perspectives.

So, as cautioned many times before (most recently, here), be careful what you wish for!

[1] As mentioned previously, the FTC now has a full complement of commissioners, and has indicated that it plans to regulate employee noncompetes, though its authority to do so (other than, perhaps, in the non-M&A context) is far from clear. For two excellent analyses of whether the FTC has such authority, see The FTC Seemingly Thumbs Its Nose at the Supreme Court (by my former partner, Stuart Gerson, and friend of the firm, Erik Weibust) and The FTC Heads for Legal Trouble, Its aggressive rule-making will create opportunities for judges to rein in the commission’s authority (an opinion by Svetlana S. Gans and Eugene Scalia).